The Senate minority leader said Trump had “something to hide.”

Schumer told John Berman, host of CNN’s “New Day,” on Wednesday that there was “very little nice to say about” the president’s speech to the joint session of Congress.

“The president was political, divisive, calculating, even nasty at times,” said Schumer, summarizing Trump’s 80-minute address in four words. “You can’t talk about comity and working together and give a speech that is so divisive ― that just doesn’t fly.”

Check out the clip here: 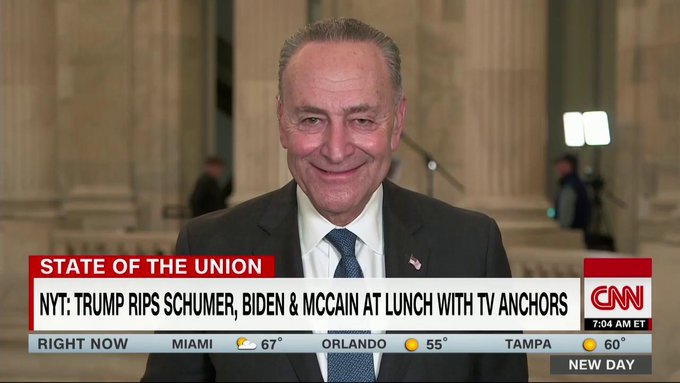 “You can’t talk about comity and working together and give a speech that is so divisive.” https://cnn.it/2WHcqQ5

Schumer alleged that Trump was “scared” and had “something to hide” after the president criticized the “ridiculous partisan investigations” during his address.

Check out the clip here: 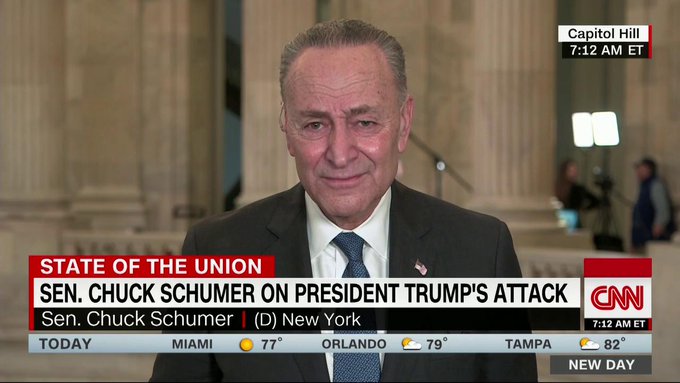 “He’s scared. He’s got something to hide,” @SenSchumer responds to President Trump slamming “ridiculous partisan investigations” during the State of the Union address. https://cnn.it/2WHcqQ5

Schumer also called out Trump for loving “hot-button issues that inflamed his base but divided America.”

“This speech was more of the same,” Schumer said. “The most enthusiastic parts, the parts that seemed to have the most weight, were the divisive parts.”

He likened Trump to “a 10-year-old in a schoolyard in Brooklyn or Queens” in response to the president reportedly calling him a “nasty son of a bitch” during a private lunch for television anchors just hours before the event. 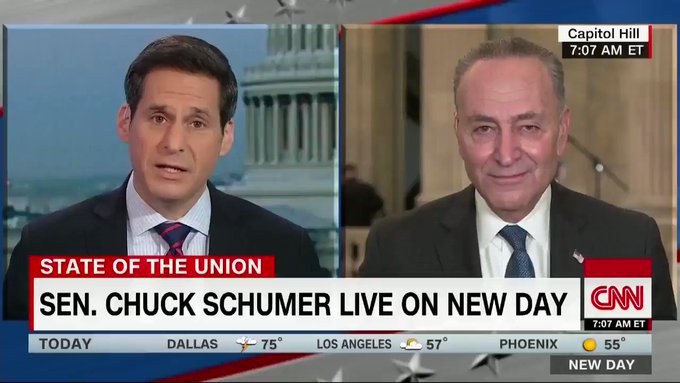 . @SenSchumer responds to President Trump's insults about him before the SOTU: "So much for inclusiveness, so much for working together ... that's like a 10-year-old in a schoolyard in Brooklyn or Queens." https://cnn.it/2GdN7jy