Less than a day after a heated exchange about race, Reps. Mark Meadows and Rashida Tlaib reconciled on the House floor.

Tlaib, a freshman Democratic congresswoman from Michigan, had criticized Meadows for using a black administration official as a “prop” at the House Oversight Committee hearing Wednesday. Meadows was attempting to discredit testimony by Donald Trump’s former lawyer, Michael Cohen, that the president was a “racist.”

The official, Lynne Patton, a regional administrator of the Department of Housing and Urban Development, formerly worked for the Trump Organization and a foundation established by Eric Trump, the president’s son. She stood behind Meadows during his remarks but did not speak.

“Just because someone has a person of color, a black person working for them does not mean they aren't racist,” said Tlaib, who is a Palestinian-American and one of two Muslim women in Congress. “And it is insensitive, and some would even say that the fact that someone would actually use a prop, a black woman, in this chamber, in this committee is alone racist in itself.”

Meadows expressed outrage and asked for Tlaib’s comments to be stricken from the record. Committee Chairman Rep. Elijah Cummings, D-Md., who is black, tried to smooth over the confrontation, calling Meadows one of his best friends. He offered Tlaib the opportunity to clarify her statement and she said that she was not calling Meadows a racist, but that it was a “racist act” to use Patton in that way.

Meadows, with tears in his eyes, thanked Cummings and Tlaib. 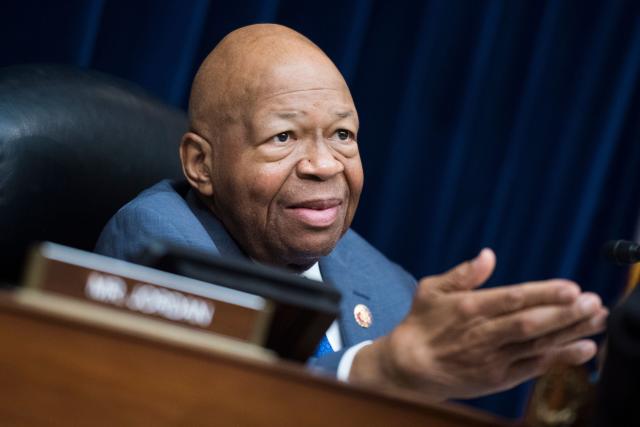 “To my colleague, Mr. Meadows, that was not my intention,” Tlaib said. “And I do apologize if that’s what it sounded like. But I said ‘someone’ in general.”

Late Thursday morning, the Washington Post’s Paul Kane reported that Tlaib and Meadows had hugged on the floor and engaged in a long, cordial discussion.

"She said she didn't mean it yesterday, so there was no need to apologize," Meadows told reporters afterwards. "I wanted her to know and she wanted me to know that our relationship is one that will hopefully provide real good results going forward."

“I believe that moment as a person of color and not only myself, two, three other of my colleagues had mentioned how insensitive that act was. I think all of us, even folks at home, kind of gasped when that actually happened,” said Tlaib in a CNN interview Thursday when asked if she felt what Meadows had done was a racist act. “I think if we want to talk about race in this country, that's not the way to do it."

"Would you agree that someone could deny rental units to African-Americans, lead the birther movement, referred to the diaspora as 'shithole countries,” and refer to white supremacists as 'fine people,' have a black friend and still be racist?" asked Pressley.

Meadows, leader of the ultra-conservative Freedom Caucus, had previously endorsed the “birther” conspiracy theory that President Barack Obama was not a native U.S. citizen. “We’ll send him back home to Kenya or wherever it is,” said Meadows in a 2012 video.

When asked about the comments Thursday, Meadows told reporters that it was “old news” and that he had said it while trying to win an election.

"I've addressed that dozens of times and candidly apologized for that a number of times,” said Meadows. “It was when I was running for office and answered a question — I actually had just gotten back from Kenya. We had been doing mission work in Kenya, so anybody who knows me knows that I really show respect regardless of race or gender," Meadows told reporters outside the House chamber. 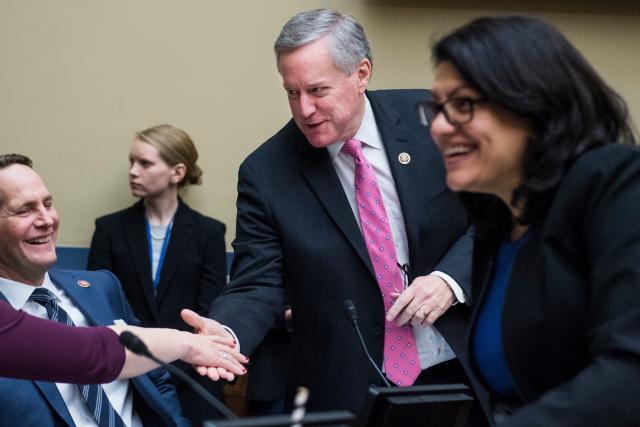