David Duke, the former Grand Wizard of the Ku Klux Klan and an open racist and antisemite, is publicly defending Rep. Ilhan Omar (D-MN) in the wake of the freshman Democrat’s series of antisemitic statements that have rankled the Democrat Party nationally.

Duke tweeted his praise of Omar on Thursday, calling her the “most important member of the US Congress” now that she has stood up to Democrat Party leadership after making antisemitic statements against Israel:

Dr Duke & Eric Striker: By Defiance to Z.O.G. Ilhan Omar is NOW the most important Member of the US Congress! https://davidduke.com/thursday190131-4/ …

Omar is wrong on many things, open borders for instance, but even most republicans did noting about our borders. But the Muslims did not change our laws , open our gates, or teach our people to hate themselves - The Zionist Occupied Media & Gov did. The Zio Stranglehold must go!

Simply stated, she is important because the dared expose the gorilla in Congress that nobody dares speak! There is no salvation of our people heritage, rights and freedom until Z.O.G is overthrown! Listen to this broadcast! https://goo.gl/UqPpNG

Dr Duke & Eric Striker: By Defiance to Z.O.G. Ilhan Omar is NOW the most important Member of the US...

Dr Duke & Eric Striker: By Defiance to Z.O.G. Ilhan Omar is NOW the most important Member of the US Congress! Download Today Dr. Duke and Eric Striker of the Public Space had the kind of fun an…

Duke tweets a link to his website where he says he discusses why he believes Omar is the “most important member of the US Congress” now in an hour-long radio segment. But during the overtly anti-Semitic hour-long segment, he does not specifically mention Omar–he just repeatedly bashes “Zionists,” rips the United States for having “unleashed Jewish power,” attacks “Jewish influence in government” and “Jewish elite control over media.”

Particularly relating to Omar, however, on the website posting it says regarding Duke and his colleague: “In particular, they heaped praise on Ilhan Omar (D-New Somalia) for being the one person in Congress willing to notice AIPAC and the ‘dual’ loyalty of many (((members of Congresss))).”

Duke has been a lightning rod in American politics for years, and in recent years the media and left have gone after Republicans–particularly President Trump–for having been praised by him. During the 2016 presidential campaign, the media demanded repeatedly that Trump disavow Duke–which he did. But now Duke has endorsedRep. Tulsi Gabbard (D-HI)–a Hawaiian Democrat–in the 2020 presidential election.

This is not the first time Duke has taken up Omar’s cause either. Back in early February, when she first came under the national spotlight for anti-Semitism at the beginning of the new Congress, Dukebacked her up publiclyas well.

Duke’s decision to back Omar now comes in the wake of several Democrats, including House Speaker Nancy Pelosi and presidential candidates like Sens Bernie Sanders (I-VT) and Elizabeth Warren (D-MA), as well as many other Democrats, refusing to demand that Omar apologize and attempting to explain away her comments as somehow not deliberately anti-Semitic.

She said she isn’t sure a resolution will get a vote this week. She said foreign affairs committee is writing it.

.@AyannaPressley releases a statement in support of @IlhanMN. 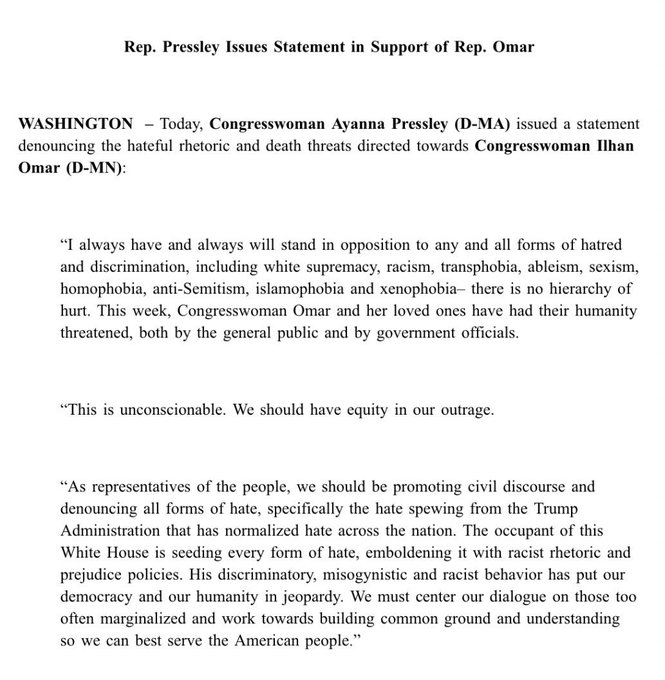 .@EWarren on @IlhanMN: "Branding criticism of Israel as automatically anti-Semitic has a chilling effect on our public discourse and makes it harder to achieve a peaceful solution between Israelis and Palestinians." pic.twitter.com/8LoHgLDCAX

New statement from @KamalaHarris on @Ilhan: “I am concerned that the spotlight being put on Congresswoman Omar may put her at risk. We should be having a sound, respectful discussion about policy.” 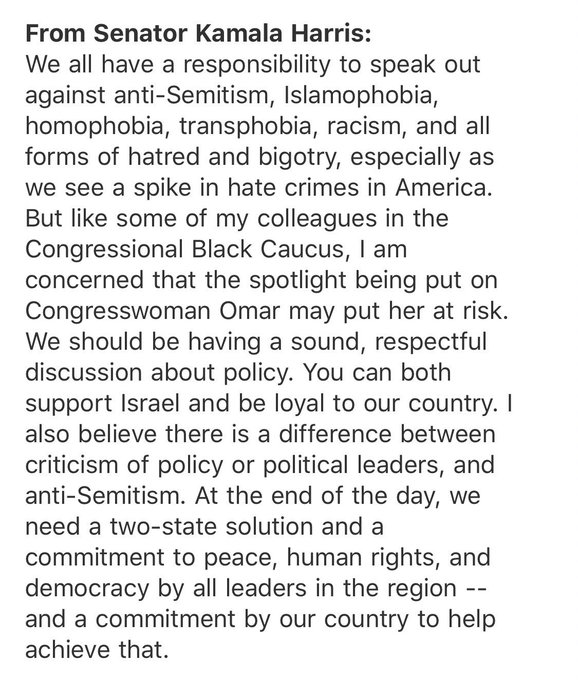 .@BernieSanders says he fears the House resolution over @IlhanMN’s rhetoric is about “stifling” legitimate debate over Israel-Palestine policy. pic.twitter.com/puO4cQwW4E 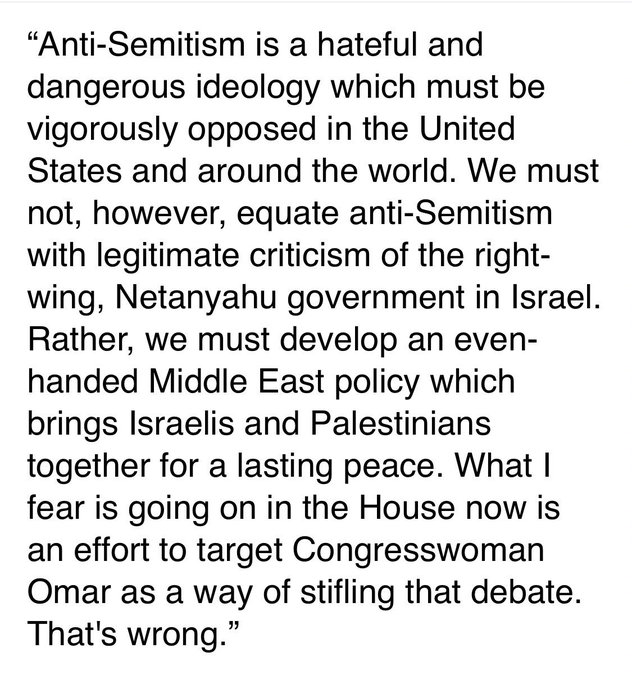 Meanwhile, Democrats have been struggling to get a resolution condemning anti-Semitism across the finish line on the floor of the House, rescheduling votes multiple times and failing to offer a coherent narrative from their party’s fractious leadership–all while their 2020 presidential candidates spar over this very issue, and the party cannot focus on governing at the moment.

Duke is a radical racist, white supremacist, and anti-Semite who has bounced around the fringes of American politics in both major parties and in a variety of third parties for the past several decades.