A newly unearthed batch of heavily redacted, classified emails from Hillary Clinton'spersonal email server revealed that the former secretary of state discussed establishing a "private, 100% off-the-record" back channel to Israeli Prime Minister Benjamin Netanyahu, and that one of her top aides warned her that she was in "danger" of being "savaged by Jewish organizations, in the Jewish press and among the phalanx of neoconservative media" as a result of political machinations by "Bibi and the Jewish leadership."

The 756-page group of new documents, revealed Thursday as part of a transparency lawsuit by Judicial Watch, seemingly contradicted Clinton'sinsistence under oath in 2015that she had turned over all of her sensitive work-related emails to the State Department, and included a slew of classified communications on everything from foreign policy to State Department personnel matters.

The files came from a trove of 72,000 documents the FBI recovered and turned over to the State Department in 2017.

The documents, representing a small proportion of the tens of thousands of emails still unaccounted for from Clinton's server, also underscored the apparently significant political threat that the Obama administration felt it faced at the hands of Israel.

Additionally, according to the email dump, Clinton chatted with former U.K. Prime Minister Tony Blair about classified foreign policy matters before she was sworn in,aided the application of at least one State Department applicant who was connected to her daughter, Chelsea,and apparently met with Putin-aligned Georgian oligarch Bidzina Ivanishvili before he became prime minister on a staunchly pro-Russian platform -- and withreported help from a Russian interference operation.

Ivanishvili pointedly did not criticize Putin during his campaign, despite Putin's invasion of Georgia years earlier -- and in 2012, Ivanishvilimade headlinesfor refusing to meet with Clinton unless it was a one-on-one sitdown. 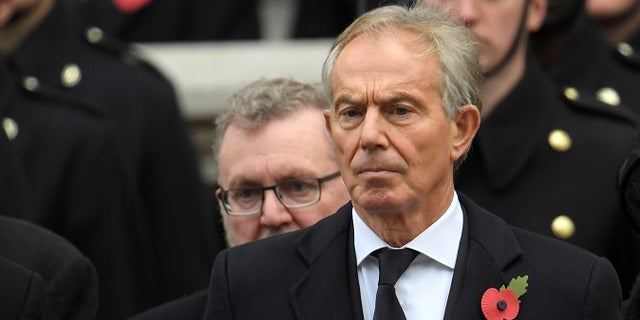 Clinton's discussions with Blair included a classified 2011 conversation on foreign policy, andanother classified, redacted 2011 conversationconcerning a "speech." Clinton also apparently discussed job-related topics with Blair on January 16, 2009 -- while George W. Bush was still president but after the Senate Foreign Relations Committee had approved her for the job. In one email thread with the subject line "Re: Gaza," dated January 16, 2009, Blair said he wanted to have a matter "resolved before Tuesday," apparently referring to Obama's inauguration.

Clinton replied: “Tony – We are finally moving and I am looking forward to talking w you as soon as I’m confirmed, tomorrow or Wednesday at the latest. Your emails are very helpful so pls continue to use this address, hr15@att.blackberry.net."

Blair responded: “It would be great if we could talk before any announcements are made.”

Democratshave long criticizedformer Trump National Security Adviser Michael Flynn for speaking with then-Russian ambassador Sergey Kislyak before Trump had been inaugurated, saying the contacts may have violated an obscure 1799 law called the Logan Act, which ostensibly bars private citizens from negotiating with foreign powers on behalf of the U.S. without authorization. The provision has never been invoked in a prosecution, and historians have suggested the law made more sense in an era without the instant communications technology that would enable a foreign power to recognize whether U.S. representatives are formally affiliated with the U.S. government.

Meanwhile, according to the documents, Retired Army Gen. Jack Keanesent Clinton a heavily redacted, classified emailconcerning Iraq policy, seemingly in 2009 -- on a topic so urgent that Keane noted he had tried to call Clinton personally before sending it.

The Justice Department 'negotiated' an agreement with Hillary Clinton's legal team to block FBI access to emails on her private server regarding the Clinton Foundation, according to testimony from former FBI special agent Peter Strzok; Catherine Herridge has the details.

Separately, two email chains showed the apparently close coordination between the State Department and the Clinton Foundation, which haslong been accusedby Republicans of operating essentially as a corrupt "pay-to-play" operation that effectively sold access to the Obama administration. Donations to the Clinton Foundationplummeted after Clinton's 2016 election loss.

Inone email thread, top Clinton aides at the State Department, including Huma Abedin, coordinated a trip to Haiti with Clinton Foundation officials, including Clinton Foundation Director of Advance John Zimmerebner. Bill and Hillary Clinton were headed to Haiti to promote the Caracol Industrial Park, a $300M project funded by U.S. taxpayers through USAID that was heavily promoted to investors by the Clinton Foundation. Slatelater called the park a "disappointment by any measure,"noting it had no discernible positive impact on Haiti's economy and created tens of thousands fewer jobs than anticipated.

And, Clinton Foundation employee Sidney Blumenthal sent Clinton a now-heavily redacted proposal from a former CIA officer concerning improvised-explosive devices, which Blumenthal called a "terrific project." Blumenthal told Clinton the CIA officer had been “unable to break through the bureaucracy with" the proposal.

In closed-door testimony last year, former FBI special agent Peter Strzok acknowledged that the Justice Department "negotiated" an agreement with Clinton's legal team that ensured the FBI did not have access to emails on her private servers relating to the Clinton Foundation, even as they probed her handling of classified information. 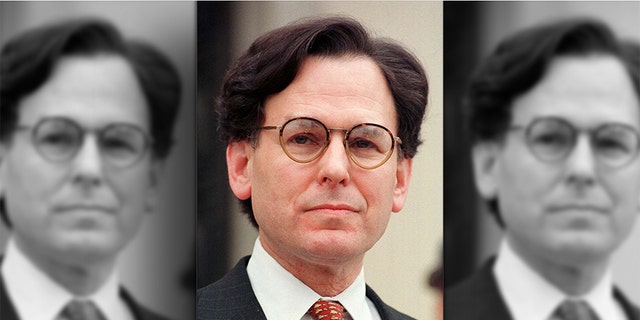 In a particularly striking January 2009 email uncovered by Judicial Watch, Blumenthal, citing sources, told Clinton that "Jewish institutional leaders" were working to derail President Obama's appointment of George Mitchell as Special Envoy to the Middle East. Citing the same sources, Blumenthal warned Clinton that "every one of your conversations and communications with Bibi Netanyahu flows directly and instantly back to top Jewish leadership ... You should, of course, assume that nothing involving him is private."

Blumenthal, attaching a memo titled "Good Cop, Bad Cop," said Mitchell was "politically vulnerable" because he was of “Arab descent," and was facing attacks "carefully scripted" by top Jewish leaders. Blumenthal advised Clinton and Obama to bring aboard a "bad cop" who was a “political appointee, Jewish, considered a true friend of Israel" to help resist the attacks.

Blumenthal invoked former Secretary of State James Baker, saying he was "savaged by Jewish organizations, in the Jewish press and among the phalanx of neoconservative media" for taking a tough stance on Israel that "stunned the Israelis."

"You are always in danger of being maneuvered into Baker's position," Blumenthal wrote to Clinton. "Mitchell is even more immediately in danger."

Blumenthal added: "Bibi and the Jewish leadership should be expected to use political means, including outsourcing personal attacks, to counter moves the administration seeks in any peace process or initiating any negotiations. As you know, Bibi is deeply connected to political networks in the US-media, Jewish groups, Republican leaders, and right-wing Christian right organizations." 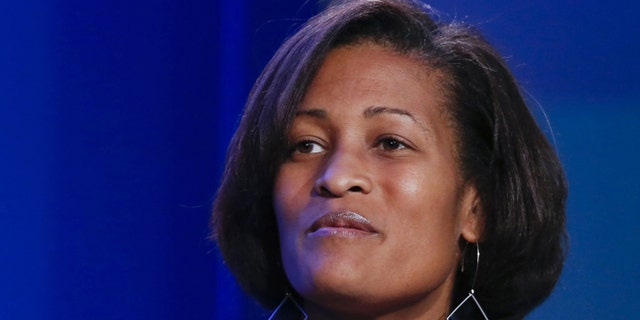 Cheryl Mills, seen here in 2015, was Hillary Clinton's chief of staff while Clinton was secretary of state.(REUTERS, File)

Clinton replied: “Thanks for these. And I will call you in the next few days.”

In a classified September 2010 email exchange, Clinton adviser Lanny Davis seemingly hit on the same notes of concern as Blumenthal and offered to provide Clinton a “private and highly trusted communication line, unofficial and personal, to PM N[etanyahu]. ... [N]o one on the planet (other than your wonderful husband) can get this done as well as you...”

In response, Clinton wrote, “I will reach out to you directly and hope you will continue to do the same w me. The most important issue now is [Redacted].”

But, a week later, Davis seemingly changed his mind, telling Clinton: “As soon as I wrote last email, I reverted to my old role as your crisis manager and worrier about you, read the word ‘optics’ I suddenly felt – oops. I am registered under FARA [Foreign Agents Registration Act] for one or more foreign governments or businesses. I don’t think it would look right. I want to avoid any even slight chance of misperception.”

That prompted Clinton to respond, "Thx for looking out for me, my friend. I’ll tell [Chief of Staff] Cheryl [Mills] to stand down.”