Some U.S. states rely on America’s robust gun culture more than others.

And if the “Trump Slump” persists for gunmakers, Idaho will be the state hardest hit, according to a new report from WalletHub.

The study — which ranked all 50 states based on how the firearms industry contributed to the economic development of the state from jobs to sales, how prevalent guns were, and how far the state supported gun rights — found that Idaho was the state that was the most dependent on the gun industry. 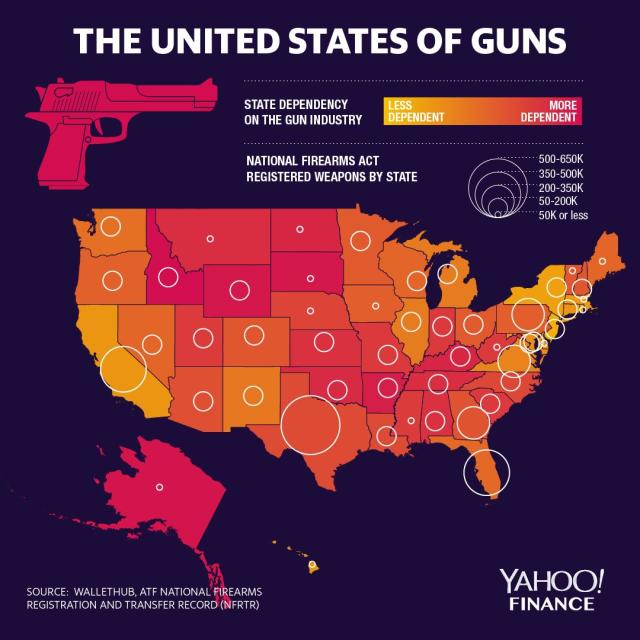 "Most states in the top ten have state law immunity to the gun industry, which means that the state provides immunity from bringing lawsuits against certain gun industry defendants,” WalletHub analyst Jill Gonzalez told Yahoo Finance. “They also have more lenient age restrictions to purchase and possess firearms. Senators from the top ten states voted to either loosen gun restrictions or against a measure adding restrictions.”

In 2018, the firearms industry contributed to nearly $1.2 billion in economic activity to the state, with over 3,600 people employed in companies that “manufacture, distribute and sell firearms, ammunition, and hunting equipment,” a National Shooting Sports Foundation (NSSF) report found.

The state also ranked in the top 5 in terms of gun-friendliness and the prevalence of guns.

Idaho began ramping efforts to attract the firearms industry in 2008 by touting its low wages, gun-friendly culture, and business climate, according to the Idaho Business Review. The plan has since paid off in less than a decade, as employment by the firearms industry grew 40% between 2012 and 2017. 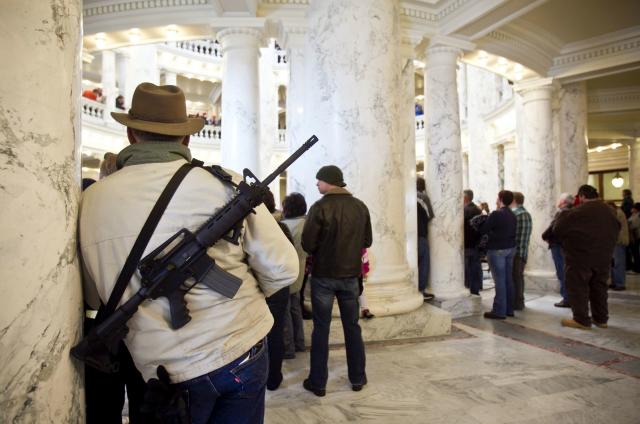 An estimated 800 pro-gun activists turned out for a rally inside the Idaho Statehouse in Boise, Idaho, Saturday, January 19, 2013. (Chris Butler/Idaho Statesman/MCT via Getty Images)

No guns in New Jersey

In March 2018, the National Rifle Association criticized New Jersey — which is known for its exceptionally tough gun laws — after it elected anti-gun advocate Governor Phil Murphy as launching a “historic assault on our Second Amendment rights.”

Speaking in November 2018, after the mass shooting in in Parkland, Florida, Murphy stated: "Mass murder is not the price that we have to pay for the Second Amendment."

While the number of outstanding registered firearms are roughly the same between both states — 52,527 in Idaho versus 59,000 in New Jersey — the deliberate emphasis on gun control has been effective in keeping the firearms industry’s influence largely out of the state’s economy. 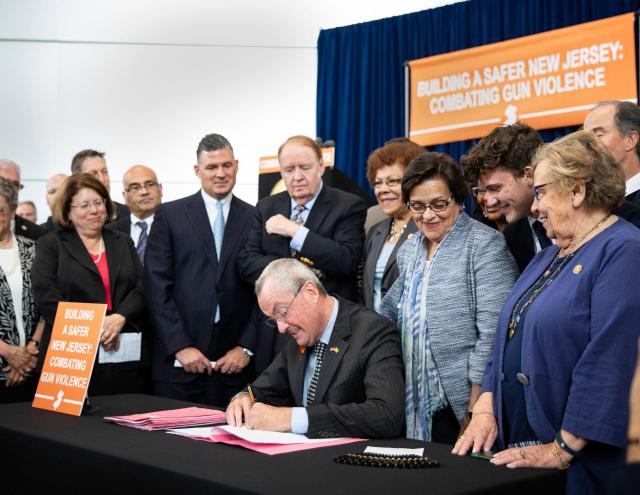 Nevertheless, the NSSF claimed that New Jersey did see a $560 million boost in economic activity because of the industry.

Overall, the bottom five overall had “some of the lowest numbers of firearms and ammunition dealers, importers and manufacturers per capita,” Gonzalez noted. “As a result, the total federal excise taxes paid by the firearms industry are also some of the lowest in the country.”

Another interesting takeaway from the study is that while Texas had the highest number of registered firearms at 637,612 in 2018, it was only ranked no. 22 on the list.