Hours after announcing that his Pittsburgh-based International Association of Fire Fighters was endorsing Joe Biden for president, union president Harold Schaitberger kicked off the first rally of Mr. Biden’s quest for the Democratic nomination at a Lawrenceville union hall Monday to chants from the crowd of “We want Joe!”

Mr. Biden opened by reflecting on the shooting Saturday at a synagogue in Poway, Calif., at the Tree of Life synagogue in Pittsburgh in October, and at the events in Charlottesville, Va., in 2017. 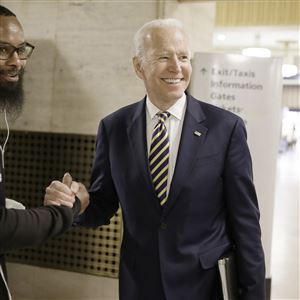 “We are reminded again that we are in a battle for America’s soul. We have to restore it,” Mr. Biden said.

He went on to talk of a hurting middle class.

“The stock market is roaring but you don’t feel it,” he said. “Did you feel it?”

Someone in the crowd yells, “I’m still broke!” 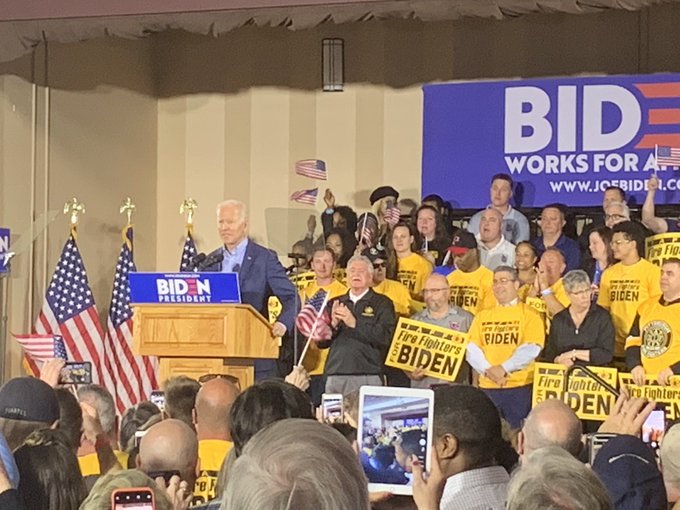 Biden opens by reflecting on Poway synagogue shooting, the Tree of Life shooting and the events in Charlottesville. “We’re reminded again that we are in a battle for America’s soul. We have to restore it.”

He said Mr. Biden is “someone who honors and celebrates those who go home after work and have to take a shower and wash their hands. He has a lot to offer those who work for a living, including firefighters across the nation.”

Mr. Schaitberger acknowledged that the union support is not monolithic, but added, “I have little question that our members overwhelmingly support Joe Biden.

“Our membership is a perfect reflection of this political landscape. I’ve got Republicans and Democrats, independents. I have conservatives, I have some progressives. It’s a very politically diverse membership. But ultimately our role, and I believe we'll succeed, is convincing them, on balance, that Joe Biden has had their back. In our profession, that’s a term that has deep meaning. You have my back. I’ll have your back. Joe Biden has had the backs of firefighters, and I believe, in turn, they will be prepared to have his back and stand with him.”