The two self-identified democratic-socialists are set to propose legislation on Thursday capping rates on credit card and other consumer loans and letting post offices offer low-cost basic financial services, such as loans and checking and savings accounts.

An outline of the plan released ahead of their formal announcement sharply criticized banks for charging on average more than 17% interest on credit card balances while they are able to borrow money at less than 2.5%.

“Today’s loan sharks wear expensive suits and work on Wall Street, where they make hundreds of millions of dollars in total compensation by charging sky-high fees and usurious interest rates,” the statement said.

With Republicans in control of the Senate, the proposal has little chance of becoming law any time soon. 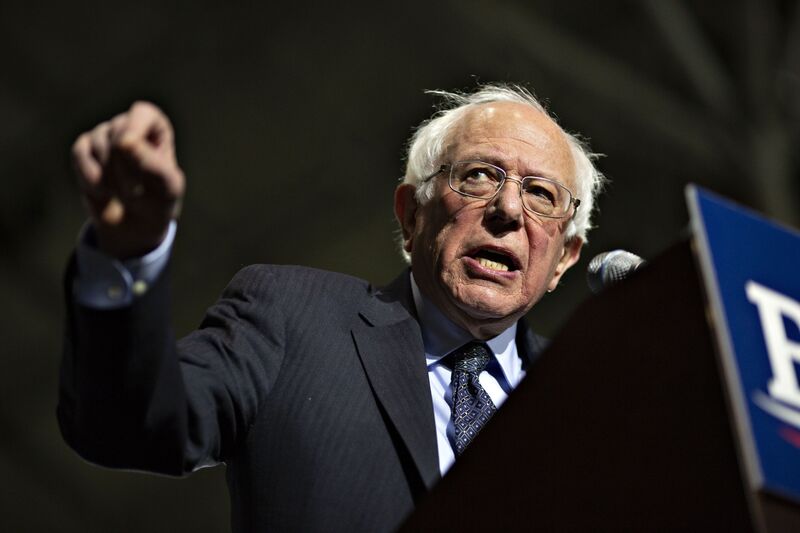 Americans have more than $1 trillion in credit card debt. According to figures fromCreditCards.comcited by Sanders and Ocasio-Cortez, the national average interest rate on credit cards is 17.73% and many people pay much higher interest. The interest rate limit they propose also would apply to payday loans.

They said it would match the interest rate cap for credit unions.

The proposal also would let more than 30,000 post offices provide banking services for low-income Americans who currently don’t have ready access to banks.

Sanders, a Vermont Senator, is running for president as a progressive, in contrast to former Vice President Joe Biden, the current front-runner in the race, who is offering a more centrist alternative to a largely left-leaning field of 21 Democratic contenders. He’s also competing with Senator Elizabeth Warren of Massachusetts, who’s built her reputation as a harsh critic of Wall Street and as a champion for consumers.

Sanders’s new proposal highlights the way he will make taking on Wall Street and corporations a recurring theme in the 2020 contest. By teaming up with Ocasio-Cortez, a first-term representative from New York, Sanders is drawing on a high-profile fellow progressive with strong appeal to younger voters.

Sanders has been rolling out a series of proposals in recent weeks, including a “Medicare for All” proposal whose co-sponsors include four of his presidential primary rivals: Warren, Kamala Harris, Cory Booker and Kirsten Gillibrand. He also has proposed a broad overhaul of policies affecting small-town family farmers and the agriculture industry, which would include a moratorium on new agribusiness mergers.