A new book from Fire and Fury author Michael Wolff says special counselRobert Muellerdrew up a three-count obstruction of justice indictment against Donald Trump before deciding to shelve it – an explosive claim which a spokesman for Mueller flatly denied. 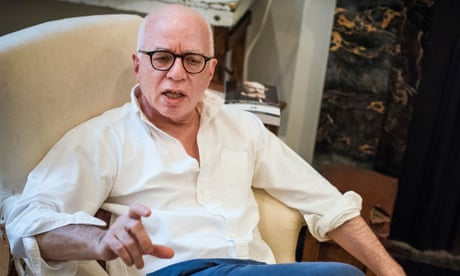 The stunning revelation is contained in Siege: Trump Under Fire, which will be published a week from now, on 4 June. It is the sequel to Fire and Fury, Wolff’s bestseller on the first year of the Trump presidencywhich was published in 2018.

The Guardian obtained a copy of Siege and viewed the documents concerned.

In an author’s note, Wolff states that his findings on the Mueller investigation are “based on internal documents given to me by sources close to the Office of the Special Counsel”.

But Peter Carr, a spokesman for Mueller, told the Guardian: “The documents that you’ve described do not exist.” 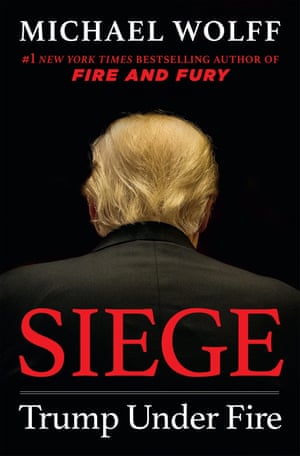 Questions over the provenance of the documents will only add to controversy and debate around the launch of Wolff’s eagerly awaited new book.

Fire and Fury shone a harsh spotlight ondysfunction within the Trump White Houseand engendered huge controversy after the Guardianbroke news of its contents. Many of Wolff’s assertions were confirmed by later works, among themFear: Trump in the White Houseby the Watergate reporter Bob Woodward. The book prompted the banishment of the Trump adviser and Wolff source Stephen Bannon, who also lost his place at Breitbart News. It sold close to 5 million copies.

Mueller wasappointed in May 2017to investigate Russian interference in the 2016 election, links between Trump aides and Moscow and potential obstruction of justice by the president.

Mueller’s final report washanded to the attorney general, William Barr, on 22 March this year andmade public in redacted formon 18 April. Muellerdid not find a conspiracybetween Trump and Russia but did lay out11 possible instancesof obstruction of justice, indicating Congress should decide what came next.

And yet Wolff reports that Mueller’s office drew up a three-count outline of the president’s alleged abuses, under the title “United States of America against Donald J Trump, Defendant”. The document sat on the special counsel’s desk, Wolff writes, for almost a year.

According to a document seen by the Guardian, the first count, under Title 18, United States code, Section 1505, charged the president with corruptly – or by threats of force or threatening communication – influencing, obstructing or impeding a pending proceeding before a department or agency of the United States.

The second count, under section 1512, charged the president with tampering with a witness, victim or informant.

The third count, under section 1513, charged the president with retaliating against a witness, victim or informant.

The document is the most significant aspect of Wolff’s new book.

Wolff writes that the draft indictment he examines says Trump’s attempts to obstruct justice “began on the seventh day of his administration, tracing the line of obstruction from National Security Advisor Michael Flynn’s lies to the FBI about his contacts with Russian representative[s], to the president’s efforts to have [FBI director] James Comey protect Flynn, toComey’s firing, to the president’s efforts to interfere with the special counsel’s investigation, to his attempt to cover up his son and son-in-law’s meeting with Russian governmental agents, to his moves to interfere with Deputy Director of the FBIAndrew McCabe’s testimony …”

The draft indictment, Wolff writes, also spelled out what Mueller considered to be the overriding theme of Trump’s presidency: the “extraordinary lengths” taken “to protect himself from legal scrutiny and accountability, and to undermine the official panels investigating his actions”.

According to Wolff, Mueller endured tortured deliberations over whether to charge the president, and even more tortured deliberations over the president’s power to dismiss him or his boss, the thendeputy attorney general, Rod Rosenstein. Mueller ultimately demurred, Wolff writes, but his team’s work gave rise to as many as 13 other investigations that led to cooperating witness plea deals from Michael Cohen,David Pecker of American Mediaand Trump Organization accountantAllen Weisselberg.

“The Jews always flip,” was Trump’s comment on those deals, according to Wolff.

In one of many echoes of Fire and Fury, such shocking remarks by Trump are salted throughout Siege.

The justice department’s Office of Legal Counsel had saida sitting president could not be indicted. According to Wolff, Mueller’s team drew up both the three-count indictment of Trump and a draft memorandum of law opposing an anticipated motion to dismiss. 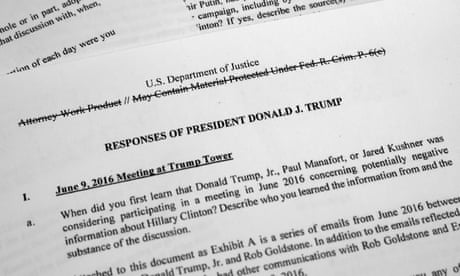 In his448-pageredacted final reportthe special counsel briefly noted that his office had concluded it would accept previous justice department guidance that it did not have the power to prosecute a sitting president.

The draft memorandum quoted by Wolff argues that nowhere does the law say the president cannot be indicted and nowhere is the president accorded a dif­ferent status under the law than other federal officials, all of whom can be indicted, convicted and impeached.

The document says: “The Impeachment Judgment Clause, which applies equally to all civil officers including the president … takes for granted … that an officer may be subject to indictment and prosecution before impeachment. If it did not, the clause would be creating, for civil officers, precisely the immunity the Framers rejected.”

The memorandum rejected the argument that the burden of a criminal process on the president would interfere with his ability to carry out his duties.

Of Mueller’s thinking, Wolff writes that as a former FBI director, he “had not risen to the highest levels of the federal government by misconstruing the limits of bureaucratic power”, and had therefore continually weighed the odds with his staff about whether the president would fire them. Thus, Wolff writes, “the very existence of the special counsel’s investigation had in a sense become the paramount issue of the investigation itself”.

According to Wolff, a memo circulated internally asked: “Can President Trump order [then attorney general Jeff] Sessions to withdraw the special counsel regulations (and fire him if he doesn’t)?

“The short answer is yes.”

Trump hasclaimedto have had the right to fire Mueller, but he has also denied Don McGahn’s testimony to Mueller that he was ordered to do so. Trump is nowseeking to stop the former White House counsel testifyingto Congress.

In another memo quoted by Wolff, Mueller’s staff wondered what would happen to the special counsel’s office, staff, records, pending investigations and grand juries reviewing evidence if Mueller was fired.

To preserve their work, Wolff writes, they decided to share grand jury materials with fellow prosecutors. That process led, for example, to theinvestigation into Cohenbeing handed to the southern district of New York.

In the end, Wolff writes, Mueller concluded that “the truth of the matter was straightforward: that while the president had the support of the majority party, he had the winning hand.

“Robert Mueller, the stoic marine, had revealed himself over the course of the nearly two-year investigation to his colleagues and staff to be quite a Hamlet figure. Or, less dramatically, a cautious and indecisive bureaucrat.” 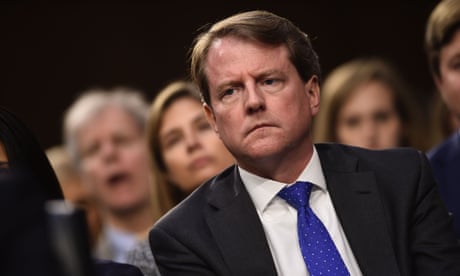 Caught, Wolff says, between wanting to use his full authority and worrying that he had no authority, Mueller went against the will of many of his staff when he chose not to attempt to force Trump to be interviewed in person. Ultimately, he also concluded he could not move to prosecute a sitting president.

Perhaps surprisingly given his fate after Fire and Fury, Bannon is quoted extensively in Siege. His view of Mueller’s two year investigation into claims of collusion and obstruction of justice: “Never send a marine to do a hit man’s job.”

Wolff’s conclusion is a sobering one.

“In a way,” he writes, “Robert Mueller had come to accept the dialectical premise ofDonald Trump– that Trump is Trump.

“Bob Mueller threw up his hands. Surprisingly, he found himself in agreement with the greater White House: Donald Trump was the president, and, for better or for worse, what you saw was what you got – and what the country voted for.”