But Kashuv announced on Twitter Monday that the school rescinded its acceptance offer after racist messages he exchanged with other students months before the massacre at Marjory Stoneman Douglas High School surfaced online.

Kashuv posted letters he exchanged with Harvard officials beginning late last month, when the racist comments he made in a shared Google document and text messages were shared by fellow students and published by HuffPost. Kashuv repeatedly used the N-word and referred to black athletes at the school as “n*****jocks.”

“We were 16-year-olds making idiotic comments, using callous and inflammatory language in an effort to be as extreme and shocking as possible,” Kashuv, now 18, tweeted on May 22. “I’m embarrassed by it, but I want to be clear that the comments I made are not indicative of who I am or who I’ve become in the years since.”

Three days later, William R. Fitzsimmons, Harvard’s dean of admissions and financial aid, sent Kashuv a letter asking him to explain himself. Kashuv responded with a lengthy letter of apology, saying he had matured since posting those messages and does not “recognize the person who wrote those things.”

“My intent was never to hurt anyone,” he wrote. “I also feel I am no longer the same person, especially in the aftermath of the Parkland shooting and all that has transpired since.”

He also informed the dean that he had attempted to begin a “dialogue” with the school’s office of diversity to “express my deepest apologies and remorse.”

Harvard informed Kashuv of its decision revoking his acceptance on June 3.

“After careful consideration the Committee voted to rescind your admission to Harvard College,” Fitzsimmons wrote. “We are sorry about the circumstances that have led us to withdraw your admission, and we wish you success in your future academic endeavors and beyond.”

Kashuv says he then requested an in-person meeting to “make my case face to face and work towards any possible path of reconciliation.”

Kashuv was a junior at Marjory Stoneman Douglas High School on Feb. 14, 2018, when 17 people were killed in a mass shooting at the South Florida school.

In the weeks and months following the massacre, Kashuv’s pro-gun positions put him at odds with Parkland student activists, like David Hogg and Jaclyn Corin, who organized March for Our Lives events protesting gun violence. (Both Hogg and Corin were accepted to Harvard and plan to attend in the fall.) 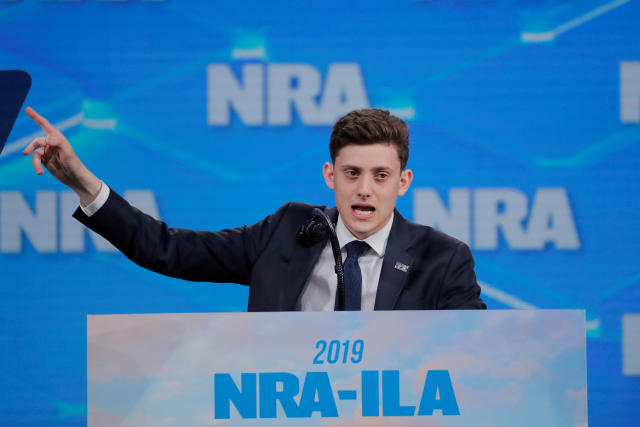 They also made Kashuv a star among conservatives, landing him spots on Fox News and a White House meeting with President Trump and first lady Melania Trump.

Kashuv said he had given up “huge scholarships” to go to Harvard, and that the deadline for accepting offers to other colleges had passed. He recently resigned from Turning Point USA, a nonprofit that promotes conservative values at high schools and colleges across the country.

“In the end, this isn’t about me, it’s about whether we live in a society in which forgiveness is possible or mistakes brand you as irredeemable, as Harvard has decided for me,” Kashuv, whose Twitter bio still lists Harvard, tweeted. “So what now? I’m figuring it out.”