Maine is the latest state to pass a law amid frustration with federal inaction over the supervision of student loan companies.

On Thursday, Maine Governor Janet Mills signed the “Act To Establish a Student Loan Bill of Rights To License and Regulate Student Loan Servicers,” which will go into effect in September.

“Paying back student loan debt is difficult enough without a profit-hungry lender trying to make it harder and more expensive,” Governor Mills said in a statement. “By signing this bill into law, Maine is taking critical action to create oversight, implement accountability, and protect the interests of our borrowers.” 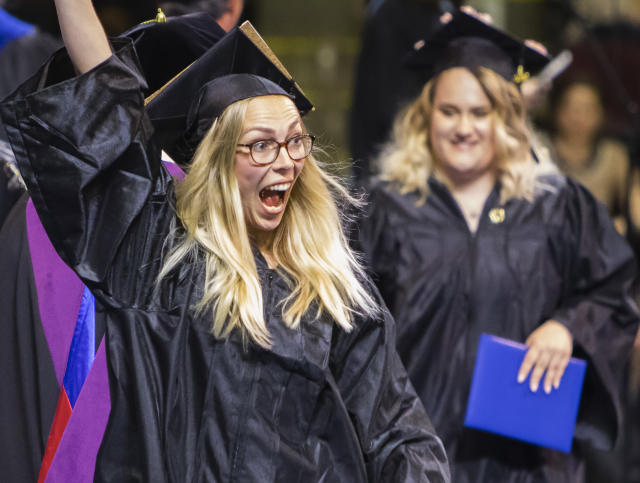 A graduate celebrates after receiving her degree in Early Childhood Education during the Southern Maine Community College commencement at Cross Insurance Arena in Portland on Sunday, May 12, 2019. (Photo: Carl D. Walsh/Portland Press Herald via Getty Images)

The legislation follows similar actions taken by about a dozen states, including Connecticut and Illinois, and reveals a strategy where lawmakers on the state level are taking political action to address the student debt crisis that arose from years of lax oversight and predatory loan servicers.

“There are talks of federal legislation that would lessen the need for states to act,” D.C.-based nonprofit Generation Progress' Charlotte Hancock told Yahoo Finance. “But in the interim and in with the [Education Secretary Betsy] DeVos deregulation agenda firmly in place… state legislators are taking matters into their own hands to do something about the problems they’re hearing about over and over again from their constituents.” 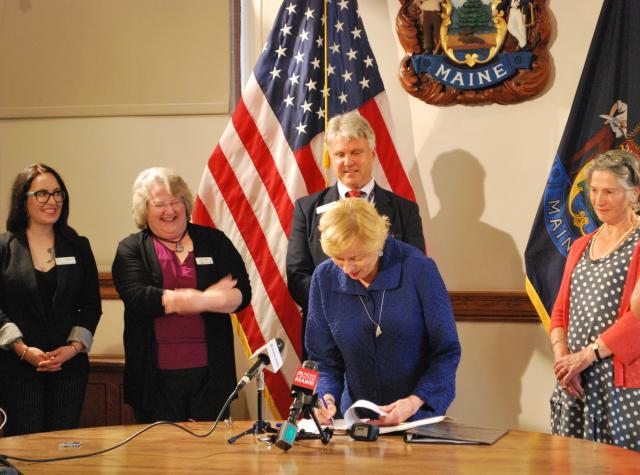 The states’ actions come amid a student debt crisis where about 45 million borrowers across the U.S. hold nearly $1.5 trillion in outstanding loans.

Citing the lack of action taken by the Department of Education and the Consumer Financial Protection Bureau in regulating and supervising companies like Navient and Nelnet, states from California to Connecticut — and now Maine — have been pushing for increased protections for student loan borrowers, just like those that mortgage and credit card borrowers enjoy.

Maine’s bill in particular will establish a student loan ombudsman who will review and possibly resolve complaints from borrowers, a superintendent who will supervise the loan servicers, and will also formalize a list of “prohibited acts” for the companies. 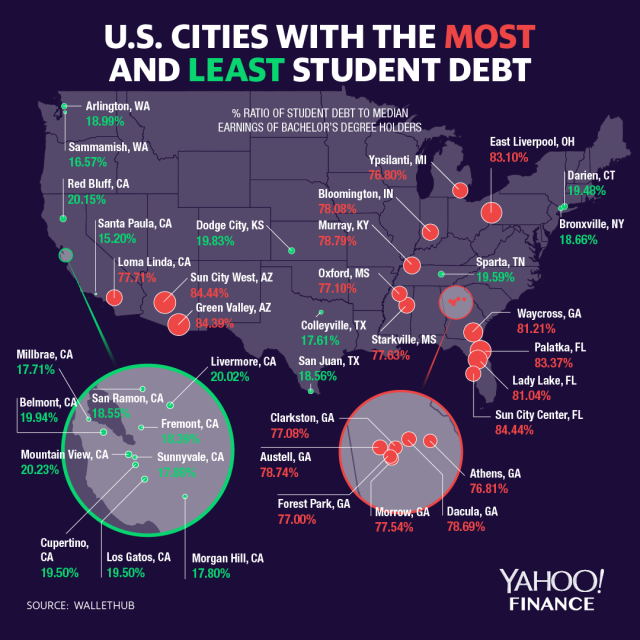 That irony of the situation — that states are now regulating federally approved loan servicers — was not lost on Hancock.

"We are thrilled to see so many states taking up servicer licensing and protecting their student loan borrowers with the Betsy DeVos Department of Education refusing to put servicers in check and hold them accountable to the jobs the federal government has hired them to do," she said.

People have been ‘misled, misguided, and... lied to’

Maine’s proposed solution to the student debt crisis was a response to the financial hardship inflicted upon student loan borrowers, the bill’s sponsor explained.

People “have been making payments trying to deal with their student debt, and have been misled, misguided, and in some cases, outright lied to, and have ended up owing more than they may have started out with,” Maine State Senator Eloise Vitelli (D) told Yahoo Finance.

The average student debt held by borrowers in Maine this year was around $32,500 according to Experian. 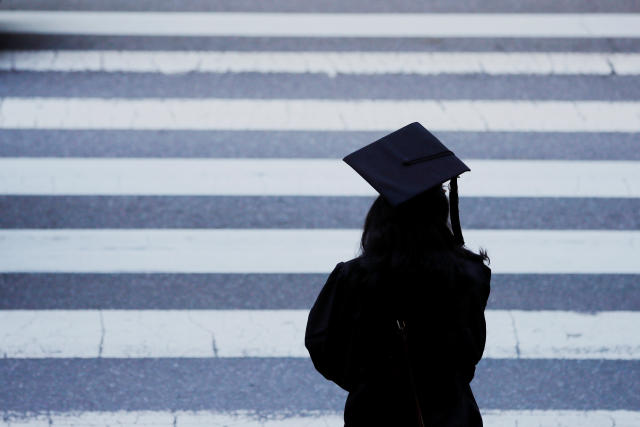 A graduating student waits to cross the street before Commencement Exercises at the Massachusetts Institute of Technology (MIT) in Cambridge, Massachusetts, U.S., June 7, 2019. (Photo: REUTERS/Brian Snyder)

“The frustration level, the anxiety that comes with that, has just affected people of this state of all ages,” Vitelli added. “I've heard from people who are paying down student loans from their children, as well as their own still. One woman told me that she thought she would go to her grave, still owing on her student debt.”

Recent reports revealed that parents and even grandparents are shouldering student loans on behalf of their children, pitching in to shoulder as much as $35,600.

Data from the New York Fed also indicates that the 40 to 49 age group ranks highest in terms of debt that’s transitioning into serious delinquency. In other words, this group is finding it hard to repay student loans that they or their children have taken on, exceeding deadlines by more than 90 days. 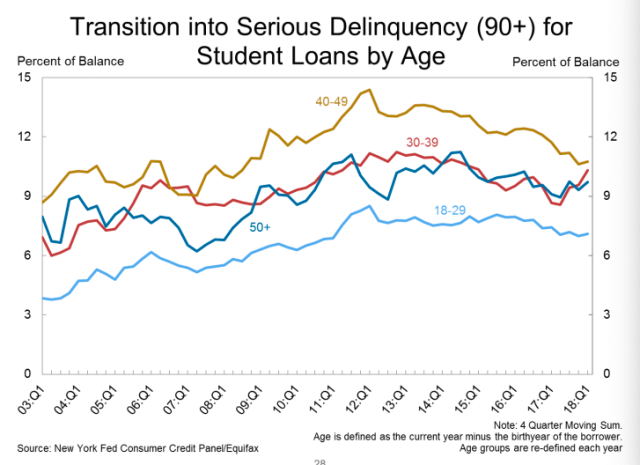 The gold line represents the 40-49 age group. This group is holding an increasing amount of seriously delinquent student loans. In other words, this group is finding it hard to repay student loans that they or their children have taken on, exceeding deadlines by more than 90 days. (Source: New York Fed)

Lowering the cost of higher education

Vitelli added that ultimately, she hopes that the U.S. moves towards the Nordic model of free college education, a contentious proposal that has been raised by several presidential candidates like Bernie Sanders and Elizabeth Warren.

“While it doesn't eliminate all the costs associated with being a student, that they still have to pay for their room and board… they don't end up at the end of their degree with the thousands of dollars to American students end up with,” said Vitelli, adding that even legislation her bill is progress.

“There are some small steps that are being taken in that direction as well to reduce the cost of higher education.”