The percentage of Hispanics as part of the overall U.S. population also jumped to 18%.

APew Research Centeranalysis of the new data also found that between 2008 and 2018, “Latinos accounted for about half (52%) of all U.S. population growth over this period.” 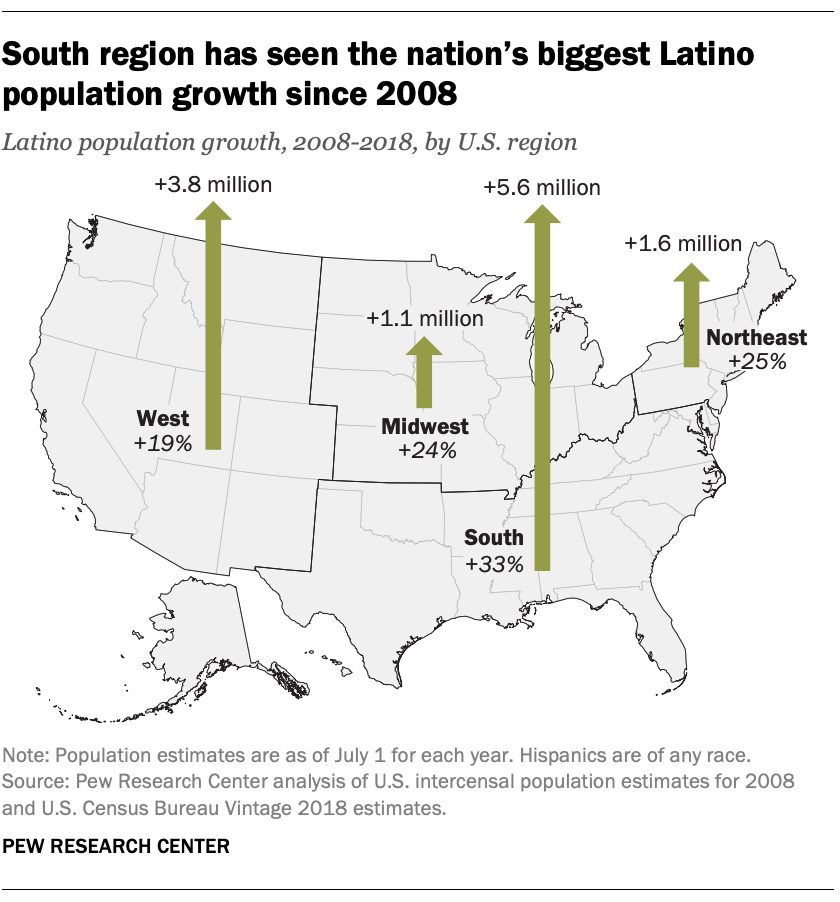 The largest growth area for Hispanics was the South, at 33% since 2008. That includes Texas and Florida.

Every region in the U.S. saw growth.

And there were areas of historic growth not typically associated with Latinos, including North Dakota.