Border Patrol highway checkpoints in the southern New Mexico region that normally seize seven figures worth of drugs annually have not seized a dollar in nearly four months after being shuttered in late March, allowing drugs to flood into the country.Meantime, with the added supply, prices for illicit drugs are dropping precipitously.

Those seven checkpoints have sat unattended after Border Patrol closed them to move all personnel to the border to assist with apprehending, processing, and caring for the high number of migrant families arriving.

Seven elected officials and law enforcement officials in Doña Ana and Otero counties told theWashington Examinerin interviews they worry that with no one to seize the millions of dollars of illegal substances normally confiscated, they will more easily be transported north to cities such as Denver and Oklahoma City.

Normally, vehicles attempting to traverse those counties would have to pass a sniff test by a K-9 officer, and the legal status of the occupants would be checked. But since the checkpoints closed on March 25, drug runners can move product up and down the open roads.

“The foot traffic over there is unbelievable — coming through with backpacks and all that stuff,” Sheriff David Black of Otero County said about Hidalgo and Doña Ana counties. “Here, we have El Paso. Not a lot of foot traffic coming through all sort of vehicles … there’s a small part of Texas that’s between the Mexico and our border … Most of [the drugs are] concealed in vehicles, in tires, gas tanks, stuff like that.”

The two checkpoints in his county caught $12.7 million worth of drugs in 2018. 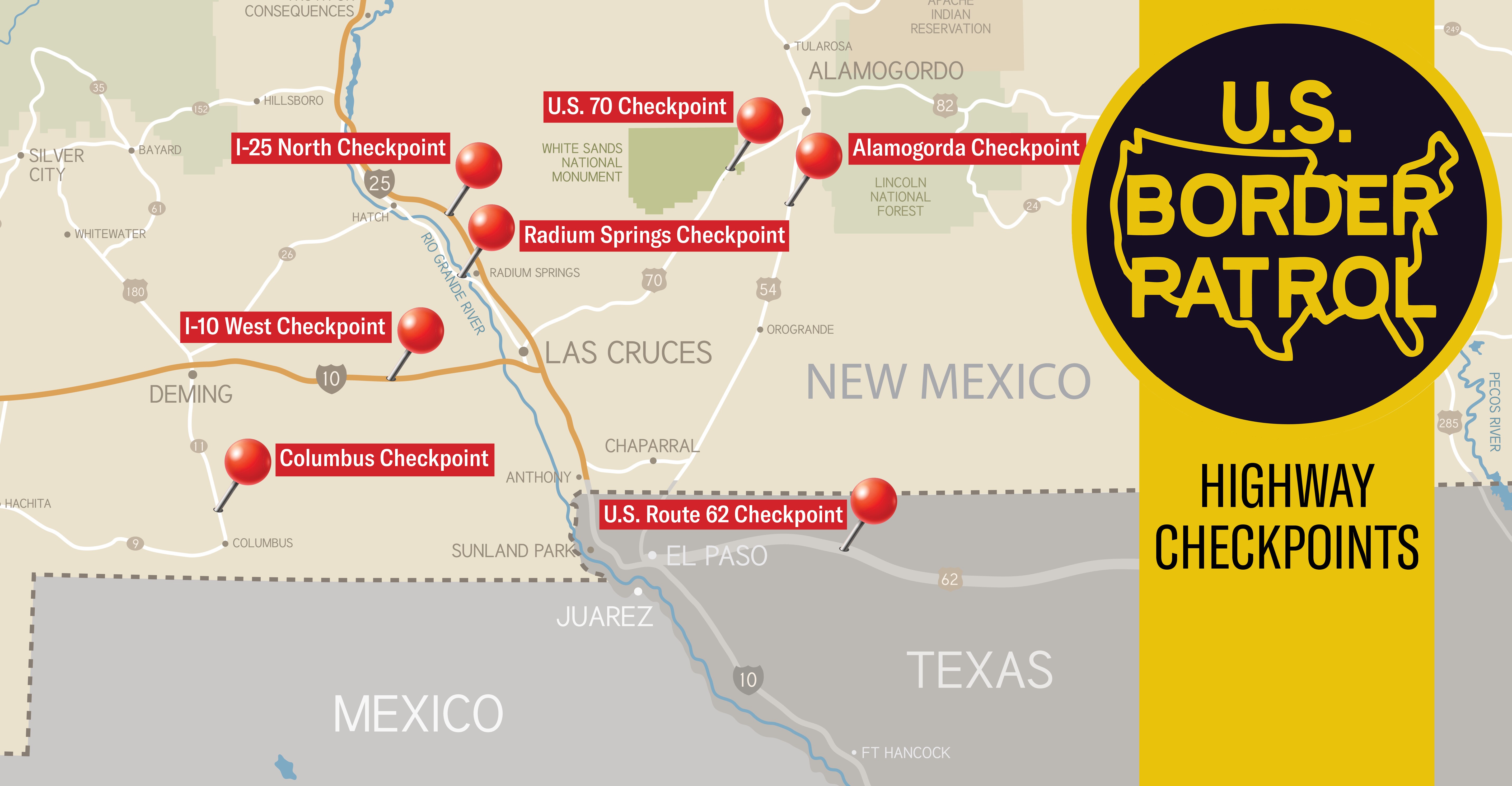 Captain Bobby Holden is in charge of the Las Cruces/Doña Ana County Metro Narcotics Agency, a task force comprised of FBI, state, and local law enforcement. It was created more than 50 years ago and still exists because of the prevalence of drug smuggling.

Drugs moved over the international border are typically dropped at stash houses then transported by vehicle further into the country. Four checkpoints surround Las Cruces, located inside Doña Ana County. Holden said stash houses that are normally full as smugglers wait to move loads at the most opportune times to avoid checks are now “empty because those checkpoints are empty.”

Officials have also noted upticks in methamphetamine and fentanyl seizures since March. Black said the cost of a pound of meth has been slashed in half since then, from $4,700 when the checkpoints first closed to $2,500 by late June. The price dropped because the market is saturated.

“With our checkpoints being closed down there’s no secondary measure of defense, and they’ve got a green light to take drugs right into the heart of America,” said Otero County Commissioner Couy Griffin.

“I would assume there’s less being seized, you could probably take away from that that there’s more coming through,” said Las Cruces Police Chief Patrick G. Gallagher.

Otero officials said they seized $3,500 worth of drugs in the second half of February, when they begin tracking seizures made as part of the White Mountain Task Force, another anti-drug trafficking operation. The task force found $23,000 worth of drugs in March and $62,000 in April, the first full month checkpoints were closed. Black said they only seized $12,000 in May because his task force staff diverted resources to investigate three missing persons.

It appears more drugs are getting seized because federal agents are not present, giving local and state law enforcement a greater chance of running into it.

Some officials are worried an increase in drugs could lead to an uptick in other crimes, though no one said they had any proof the closing of checkpoints had yet led to more crime.

Las Cruces Mayor Ken Miyagishima said four of five recent shootings were drug-related, but the checkpoints had not directly triggered other known crimes.

“I cannot definitely say the checkpoints are closed down so our crime is going up. I can’t do that just yet, but I think that’s gonna come a little further down the road," said Black.

“If drugs are more accessible, it can increase all sorts of crime,” said Holden. “It is definitely going to have an impact.”

In the meantime, law enforcement is on its own without assistance from Border Patrol. Black said his team is overwhelmed responding to calls across the 6,600-square-mile county.

“Our narcotics team — I feel bad for the guys because they’re working countless hours just trying to battle this and it’s really frustrating,” said Black, adding his county does not even have a single drug-sniffing dog.