An unprecedented number of families have been coming to the southern border over the past year, straining government resources and resulting in dangerously overcrowded detention facilities. 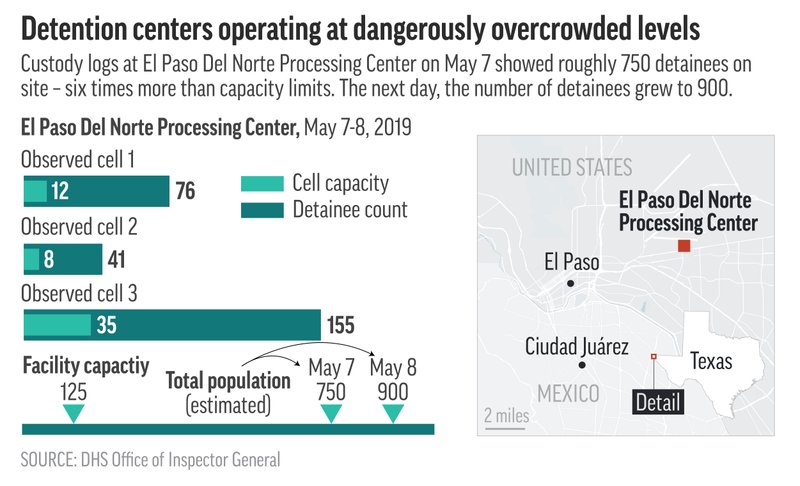 From October through the end of June, the Border Patrol apprehended more than 688,000 people, over half of them families and unaccompanied children. Although people from all over the world enter the United States via the Mexican border, the vast majority come from Guatemala, Honduras and El Salvador, three Central American countries where violence and poverty have gripped many lives. 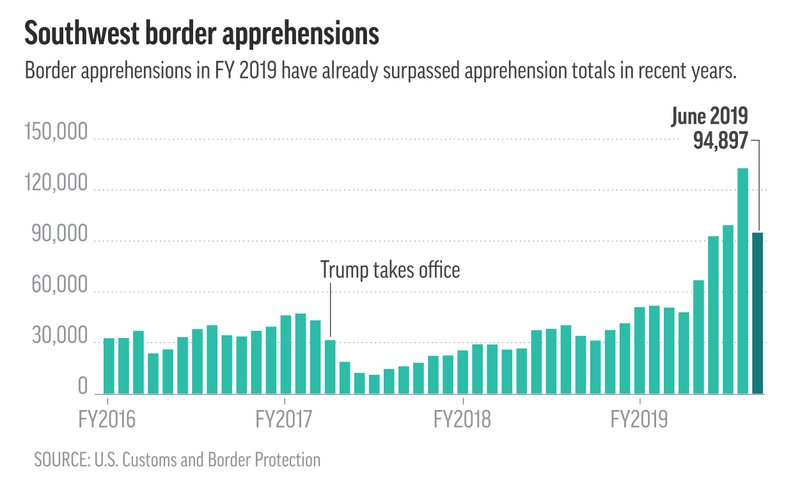 In El Salvador, for example, there are nearly 83 homicides per 100,000 people in a country of over 6.4 million. In Guatemala, almost 60% of people live below the poverty line, and government institutions are weak and wracked by corruption, making many cities essentially lawless. In Honduras, almost 65% of the population lives below the poverty line. 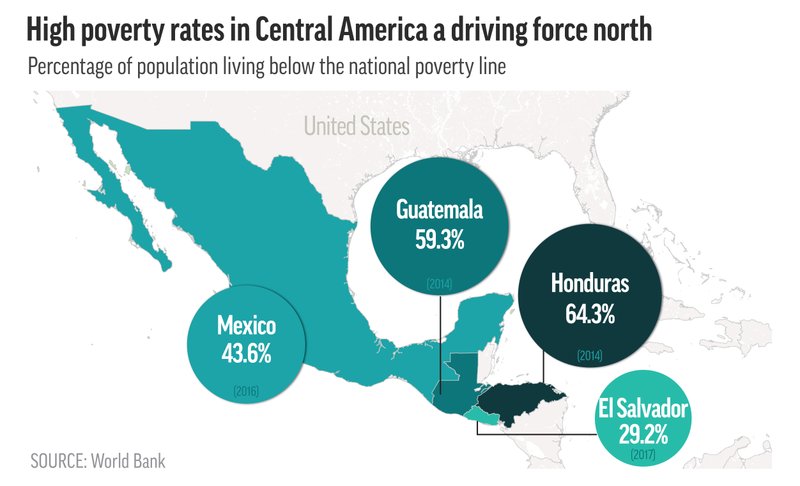 From 2016 on, Congress has allocated more than $2.6 billion in foreign assistance to countries in Central America, hoping funding would reduce violence and poverty and stem migration north. But President Donald Trump announced earlier this year he was slashing funding in retaliation for the high number of migrants coming from those countries. 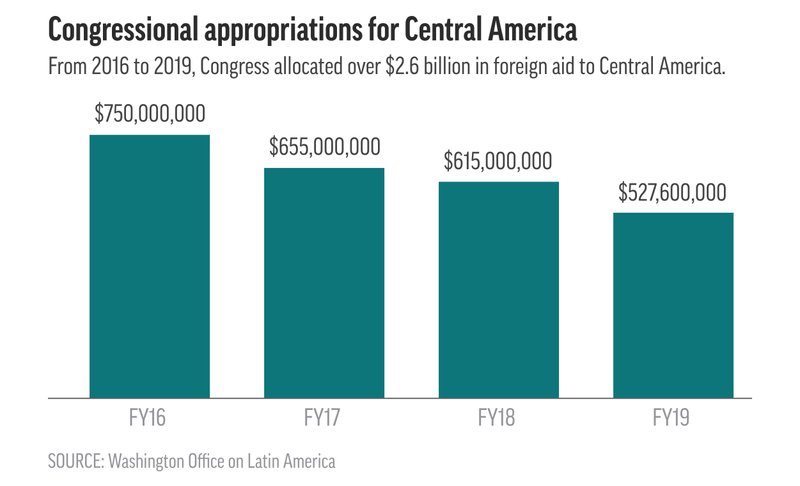 The trip north is long and treacherous, and migrants are sometimes kidnapped or robbed.

What awaits them at the border is also a challenge.

The Trump administration has instituted a number of new policies that make it nearly impossible to seek asylum through border crossings, including a dramatic reduction in the number of people allowed to petition for asylum. Instead, asylum seekers are forced to wait in Mexico, joining thousands of others on a wait list. Known as “metering,” it takes months before they’re even allowed to approach U.S. officials to initiate the process. The wait lists are managed by the migrants themselves, as well as by local shelters or the Mexican authorities. The U.S. government decides how many people are allowed to request asylum each day, but there are days when they don’t call on anyone in some cities. 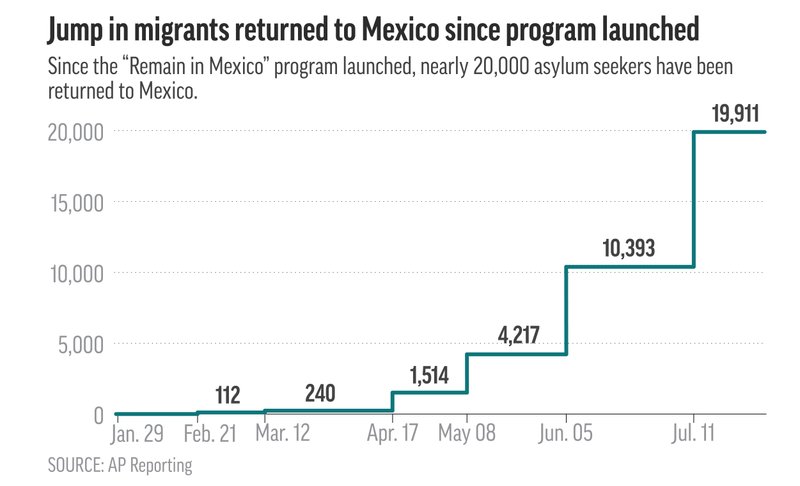 If a migrant does get called to start the process, they face a program known as “remain in Mexico” that forces them to wait south of the border after they’ve asked for asylum. Launched at the end of January in Tijuana, the program has since expanded to three other cities and nearly 20,000 people have been sent back from the U.S. to await their asylum case in Mexico.

The latest announcement by the Trump administration disqualifies any asylum seeker who traveled through another country to get to the U.S. The move, which critics say violates U.S. and international law, is being challenged in court and a federal judge in San Francisco issued a preliminary injunction on Wednesday halting the policy while the lawsuit plays out. That ruling came hours after another federal judge, in Washington D.C., let the 9-day-old policy stand.