At least six Philadelphia police officers were shot during an active firefight in Philadelphia’s Nicetown-Tioga section and rushed to the hospital on Wednesday afternoon, the president of the Fraternal Order of Police said. Another officer suffered a non-shooting injury during the incident.

Update: I’m on the scene now. 6th Officer has been injured. News crews are working together and moving our choppers from the scene as to not give the shooter(s) an opportunity to know where tactical units are positioned. Frequent gunshots continue. @CBSPhilly 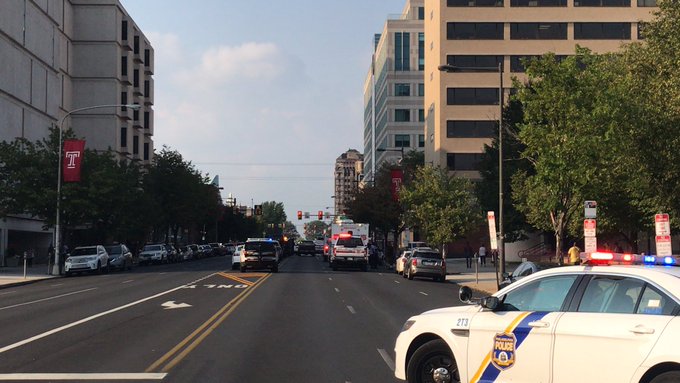 The officers were taken to Temple University Hospital, where dozens of officers have surrounded the hospital.

Police tell CBS3 that the injuries the officers sustained are believed to be non-life-threatening.

Suspect is still firing. STAY OUT OF THE AREA

Police say a male shooter is still inside the property at the scene. Police say the suspect is still firing.

CBS3 reports that police have entered the building where the suspect or suspects are still inside.

BREAKING: We just arrived to Temple University Hospital where multiple officers were transported after being shot in North Philadelphia. It is a very active scene here and we’re working to determine the condition of the officers. At least 5 officers injured. @CBSPhilly

Chopper 3 was over the scene where police could be seen taking a man into custody. It’s not clear what the man’s role was in the incident.

Police say the shooting happened on the 3700 block of North 15th Street around 4:30 p.m., where it’s still an active scene.

Police were first called to the scene for narcotics activity, according to Philadelphia Police Capt. Sekou Kinebrew.

Sources tell CBS3 that the scene was sheer chaos as officers were taking fire. Video from Chopper 3 shows officers with guns drawn at the scene. You can hear multiple gun shots during Greg Argos’ report. 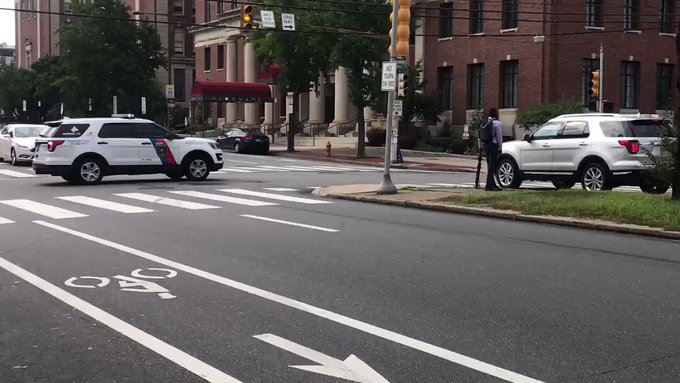 The scene of the shooting is right down the street from Temple Hospital.

Several blocks around the scene have been cordoned off. Most of North Philadelphia is in gridlock due to the police presence.

Lockdown is in effect for Health Sciences Center Campus. Seek shelter. Secure doors. Be silent. Be still. Police are responding.

Temple University says a lockdown is in effect for the Health Sciences Center Campus due to the police presence.