Many of the millions of people who shop on Amazon.com see it as if it were an American big-box store, a retailer with goods deemed safe enough for customers.

In practice, Amazon has increasingly evolved like a flea market. It exercises limited oversight over items listed by millions of third-party sellers, many of them anonymous, many in China, some offering scant information.

A Wall Street Journal investigation found 4,152 items for sale onAmazon.comInc.’s site that have been declared unsafe by federal agencies, are deceptively labeled or are banned by federal regulators—items that big-box retailers’ policies would bar from their shelves. Among those items, at least 2,000 listings for toys and medications lacked warnings about health risks to children.

The Journal identified at least 157 items for sale that Amazon had said it banned, including sleeping mats the Food and Drug Administration warns can suffocate infants. The Journal commissioned tests of 10 children’s products it bought on Amazon, many promoted as “Amazon’s Choice.” Four failed tests based on federal safety standards, according to the testing company, including one with lead levels that exceeded federal limits.

Of the 4,152 products the Journal identified, 46% were listed as shipping from Amazon warehouses.

After the Journal brought the listings to Amazon’s attention, 57% of the 4,152 listings had their wording altered or were taken down. Amazon said that it reviewed and addressed the listings the Journal provided and that company policies require all products to comply with laws and regulations.

“Safety is a top priority at Amazon,” says a spokeswoman. Amazon uses automated tools that scan hundreds of millions of items every few minutes to screen would-be sellers and block suspicious ones from registering and listing items, using the tools to block three billion items in 2018, she says.

“When a concern arises,” she says, “we move quickly to protect customers and work directly with sellers, brands, and government agencies.” 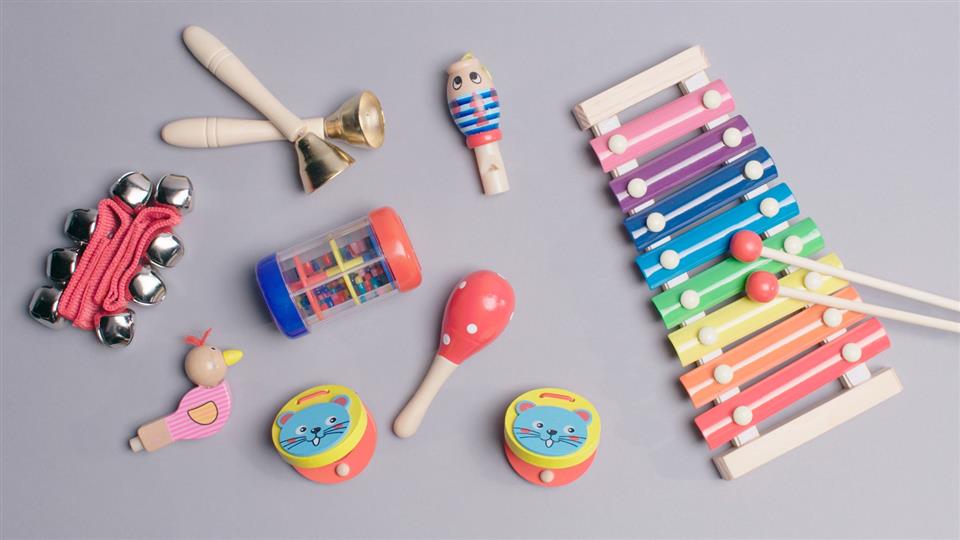 The Hidden Safety Risks of Your Amazon Order

Christy Stokes blames her son’s death on a fraudulently labeled helmet bought on Amazon. Albert Stokes trusted Amazon’s quality control, she says, when he picked a motorcycle helmet with an Atlanta Falcons logo for his girlfriend to buy for his 23rd birthday in 2014. It was listed on Amazon as certified by the U.S. Transportation Department.

On June 3, 2014, Mr. Stokes was riding his red Kawasaki in rural Missouri when a Ford Ranger pulled out. He crashed into it, and his helmet came off. A friend phoned his mother to alert her. “When I came up over the hill on the interstate,” she says, “there was my son laid out on the highway.” 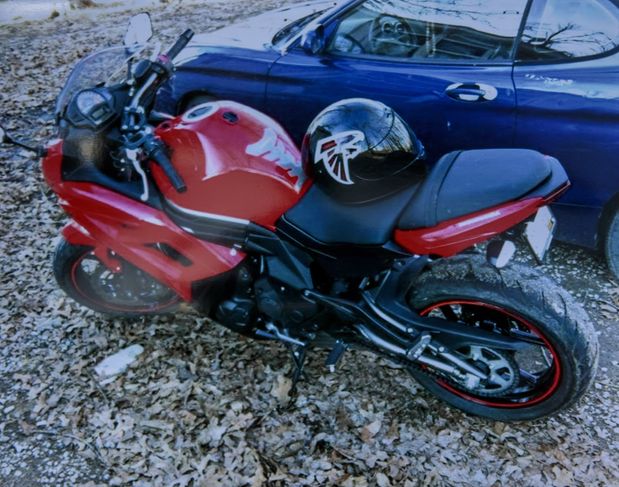 Albert Stokes's helmet, bought on Amazon, and his bike before he was killed in a 2014 accident.PHOTO:STOKES FAMILY

The coroner declared Mr. Stokes dead at the scene, a day before he and his girlfriend planned to find out their unborn baby’s gender. His mother sued Amazon, claiming the helmet was flawed. Amazon in court argued it didn’t sell the helmet but merely listed it on the seller’s behalf. It settled for $5,000 without admitting liability. It declined to comment on the case.

The National Highway Traffic Safety Administration said last month that the helmet wasn’t DOT compliant and that it had been recalled. It was still listed, and as DOT compliant, last month until the Journal inquired about it, after which Amazon took it down.

Within two weeks of Amazon’s removing or altering the first problematic listings the Journal identified, at least 130 items with the same policy violations reappeared, some sold by the same vendors previously identified by the Journal under different listings. Amazon said it then “removed these items and refined our tools to prevent them from being offered in our store.”

“There are bad actors that attempt to evade our systems,” Amazon said of products in violation of its policies that appear on the site, adding that “should one ever slip through, we work quickly to take action on the seller and protect customers.”

Amazon’s struggle to police its site adds to the mounting evidence that America’s tech giants have lost control of their massive platforms—or decline to control them. This is emerging as among the companies’ biggest challenges.

Amazon,FacebookInc.,TwitterInc.,AlphabetInc.’s YouTube and others areunder scrutiny over how they wield their dominance in booming internet marketswhile their forums are used for fraudulent listings, offensive content and misinformation—including some spread during America’s 2016 elections. 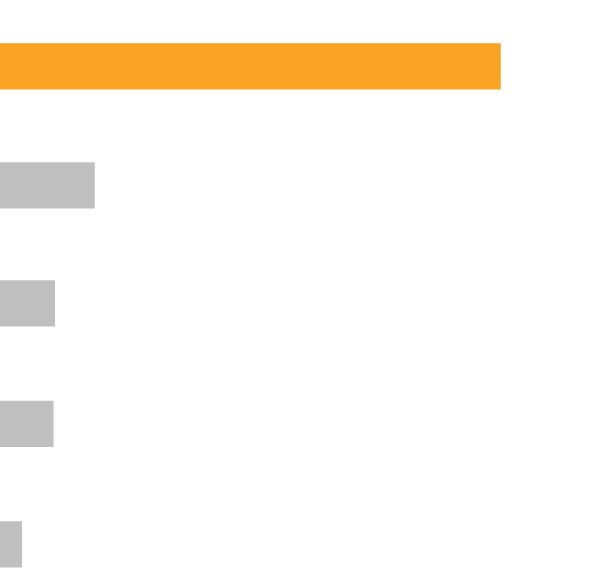 Somelawmakers have begun calling for more regulation of the companies. Courts have begun challenging the firms’ interpretation of their legal protections, and regulators are scrutinizing them. Tech companies say they aren’t illegal monopolies and have generally pledged to address issues such as misinformation and privacy.

Amazon’s common legal defense in safety disputes over third-party sales is that it is not the seller and so can’t be responsible under state statutes that let consumers sue retailers. Amazon also says that, as a provider of an online forum, it is protected by the law—Section 230 of the Communications Decency Act of 1996—that shields internet platforms from liability for what others post there.

This is similar to a common defense by internet companies faced with complaints about content or services offered on their platforms. Courts and regulators have largely agreed—until recently.

How much oversight should Amazon exert over its third-party vendors?Join the conversation below.

Last month, the U.S. Court of Appeals for the Third Circuit held that a Pennsylvania customer could sue Amazon over an allegedly unsafe product. The court said Amazon could be considered a seller under Pennsylvania law, in part because the company had no vetting process to ensure that third-party sellers were accessible and available for consumers to sue if they were harmed by an item, leaving consumers with no recourse in many cases. The court also held Amazon had considerable control over third-party sellers and could prevent sales of unsafe items. Amazon has asked the appeals court to review the decision.

Last year, the Environmental Protection Agency fined Amazon for letting people sell unregistered pesticides. Amazon agreed, without admitting wrongdoing, to pay a fine and set up new systems to stop such sales. Earlier this year, Washington state’s attorney general and Amazon filed a settlement in state court over state allegations that the company allowed school products on the platform that contained lead and cadmium above federal and state limits. Amazon didn’t admit wrongdoing.

Amazon tells customers, on its payments site: “We want you to buy with confidence anytime you make a purchase on the Amazon.com website.”

On its site aimed at third-party sellers, it says customers “know and trust us, and that trust extends to you.” 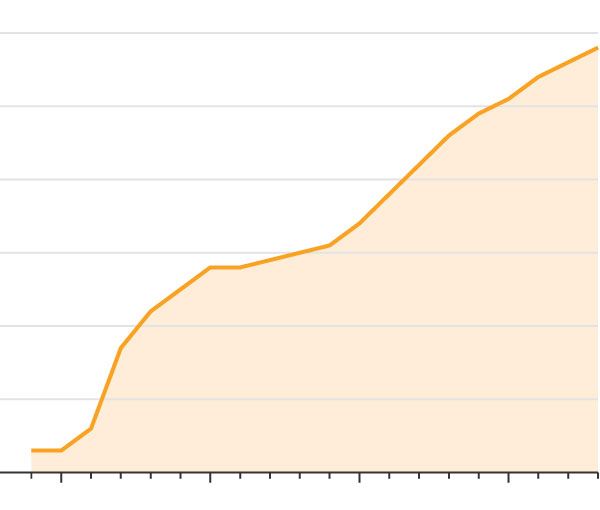 Third-party sellers are crucial to Amazonbecause their sales have exploded—to nearly 60% of physical merchandise sales in 2018 from 30% a decade ago, Amazon says. The site had 2.5 million merchants with items for sale at the end of 2018, estimates e-commerce-intelligence firm Marketplace Pulse.

Amazon doesn’t make it easy for customers to see that many products aren’t sold by the company. Many third-party items the Journal examined were listed as Amazon Prime eligible and sold through the Fulfillment by Amazon program, which generally ships items from Amazon warehouses in Amazon-branded boxes. The actual seller’s name appeared only in small print on the listing page.

Customers “could end up in the part of the product pool where who knows where this came from,” says Bill Pease, a chief scientist at safety-labeling company UL LLC, who is working with large retailers on setting up new product-safety systems. “And most people don’t know that.” 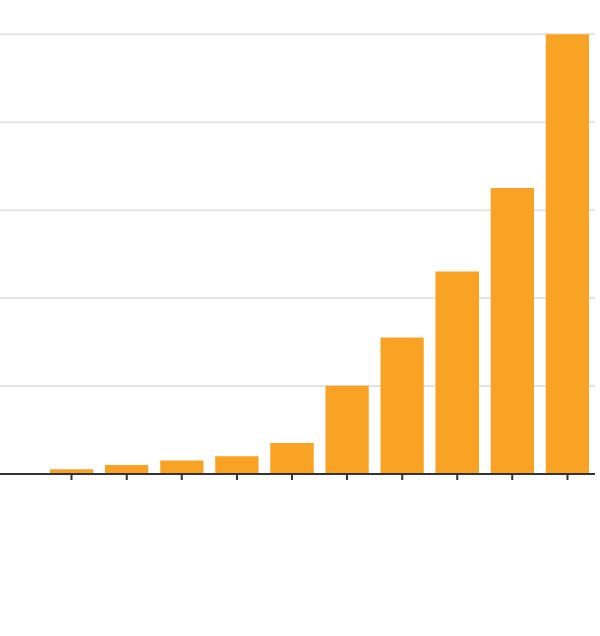 Amazon’s overriding corporate philosophy of offering ever more options is clashing with internal efforts to make sure product listings won’t harm buyers, the Journal found in interviews with former employees and others close to Amazon’s safety practices, and from internal records.

The Amazon spokeswoman says: “Our mission is to be Earth’s most customer-centric company. We strive for that goal by building the best shopping experience for customers, with unbeatable prices, selection and convenience—but not at the expense of our customers’ safety and this insinuation is simply wrong.”

To test the effectiveness of Amazon’s safety practices, the Journal analyzed listings on Amazon between May and early August, and hired a federally certified testing company to examine certain items bought on Amazon. Among the findings:

•116 products were falsely listed as “FDA-approved” including four toys—the agency doesn’t approve toys—and 98 eyelash-growth serums that never undertook the drug-approval process to be marketed as approved.

•43 listings for oral benzocaine, a pain reliever, lacked advised FDA labels warning against use on children under 2.

•80 listings matched the description of infant sleeping wedges the FDA has warned can cause suffocation and Amazon has said it banned.

•52 listings were marketed as supplements with brand names the FDA and Justice Department have identified as containing illegally imported prescription drugs.

U.S. Public Interest Research Group, a consumer-advocacy organization, in 2018 reported that a large portion of Amazon balloon listings lacked the warning. That Amazon hasn’t fixed the problem “shows that Amazon has decided not to put safeguards in place to ensure that kids are protected from one of the largest choking hazards from toys,” says Adam Garber, who co-wrote the report. “You can’t tell me they can’t come up with a system to require companies to include the necessary hazard labels based on what they’re selling.”

Warnings were added to most listings and a small number were removed after the Journal sent Amazon a list of balloon listings that didn’t include the correct language.

Weeks later, the Journal identified an additional 2,208 balloon listings without choking hazard warnings; those, too, now have appropriate warnings or were taken down. Amazon declined to comment on the balloons.