Hurricane Dorian – Bahamas floodwaters invaded by SHARKS as dad is forced to throw son, 5, on roof to escape predator circling in streets

A DAD has told of how he was forced to fling his son onto a roof to save him from sharks that had swum inland after Hurricane Dorian decimated the Bahamas.

Adrian Farrington was trying frantically to save his son from the predators in Murphy Town on the island of Abaco and thought he'd succeeded only for the howling winds to sweep away his boy back into the shark infested in the flood waters. 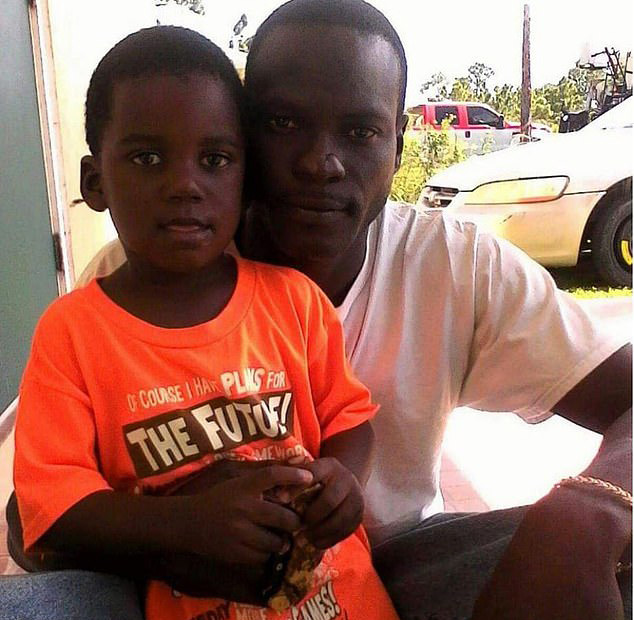 A dad has revealed his heartache at seeing his boy being swept away into shark infested waters in the BahamasCredit: Facebook

He recalled how his five-year-old, Adrian Jr, was reaching up and calling out “Daddy” as the winds blew him away.

The 38-year-old told theNassau Guardian: 'I still could remember him reaching for me and calling, "Daddy,"

Adrian had thought his boy would be safer out of the water after spotting a shark beneath the waves so flung him onto a nearby roof.

He then tried to make his way to his son, Adrian Jr, but before he could sit down 'to hold him,' the hurricane 'dragged him across the roof back into the surge.'

Adrian climbed up and fought through the wreckage to where he saw his son go under and then dived underwater to try to find his son but he had vanished.

He added: “I ain't find nothing. I come back up. I hold my breath and I gone back down again.

“All this time, people carried my wife to safety and they calling me, but I ain't want to go because I didn't want to leave my son.”

Adrian retold the harrowing tale from his hospital bed after breaking his leg in the carnage.

He appealed to the almighty: "If [my son is] rescued, I praise the Lord.

"You had sharks swimming in the water - anything could happen"

TheNew York Timesalso reported seeing " inside homes where the detritus bobbed in waters 10 feet high and unreal images of sharks and large fish swimming outside in the deluge."

His tragic tale comes as Bahamanian officials revealed Dorian's final death toll with be "staggering" as thousands are already listed as missing. 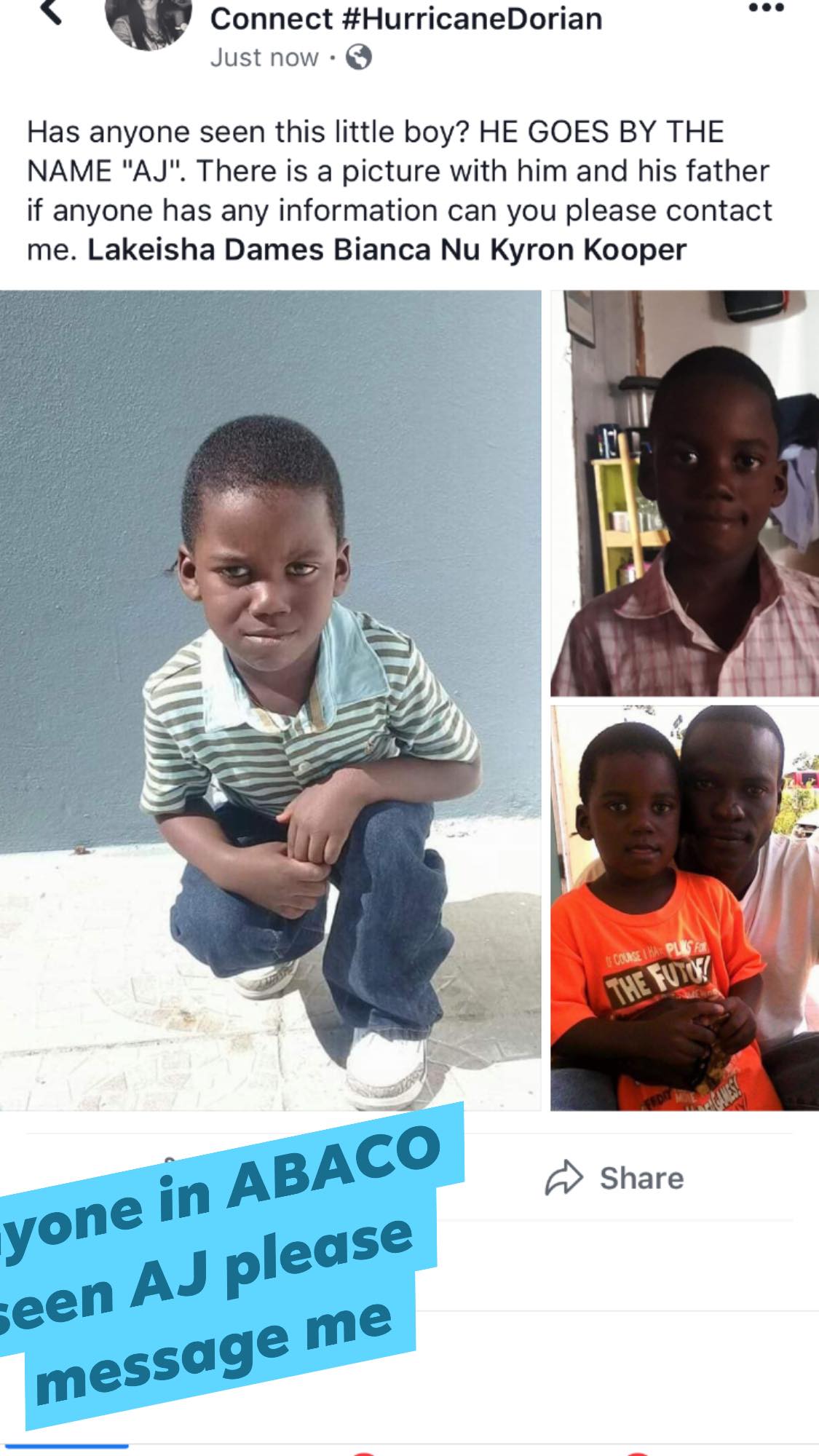 Adrian Farrington Jr is just one of the missing listed on the Abaco Family Connect Facebook page set up to help those missing in the storm find their loved onesCredit: Facebook 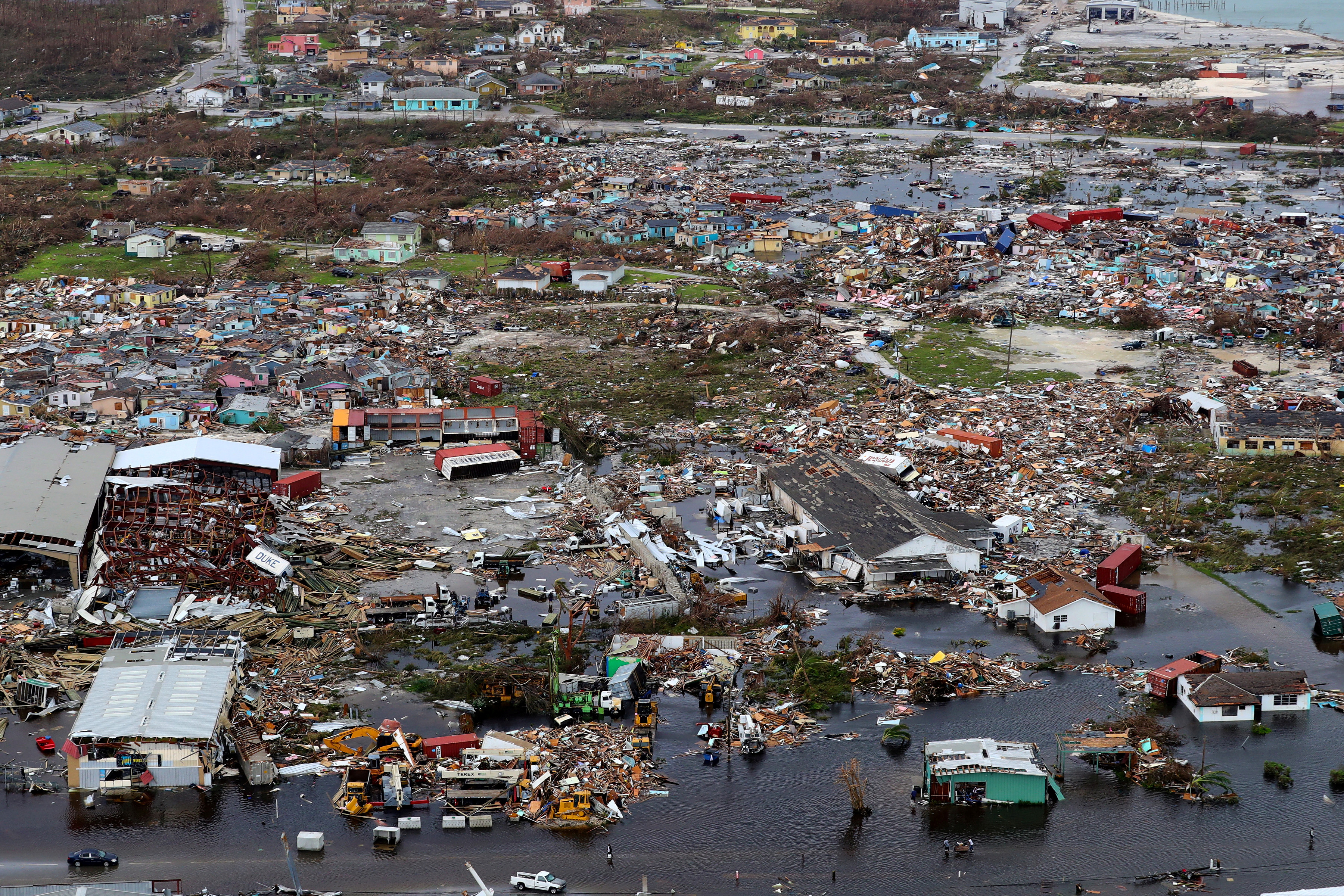 Dorian left a trail of destruction in its wake with thousands feared deadCredit: UK MOD © Crown copyright 2019 This image may be used for current news purposes only. It m 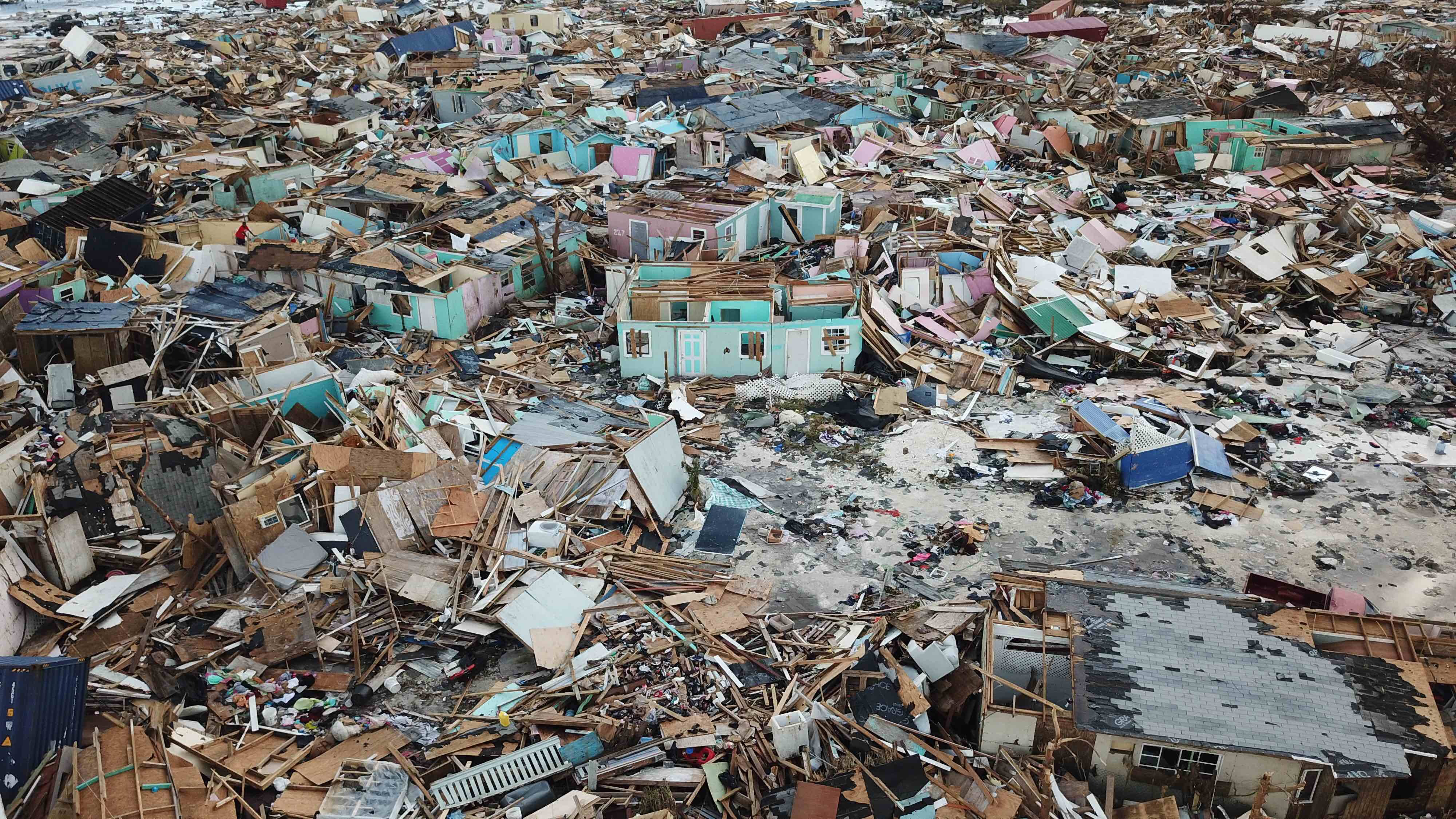 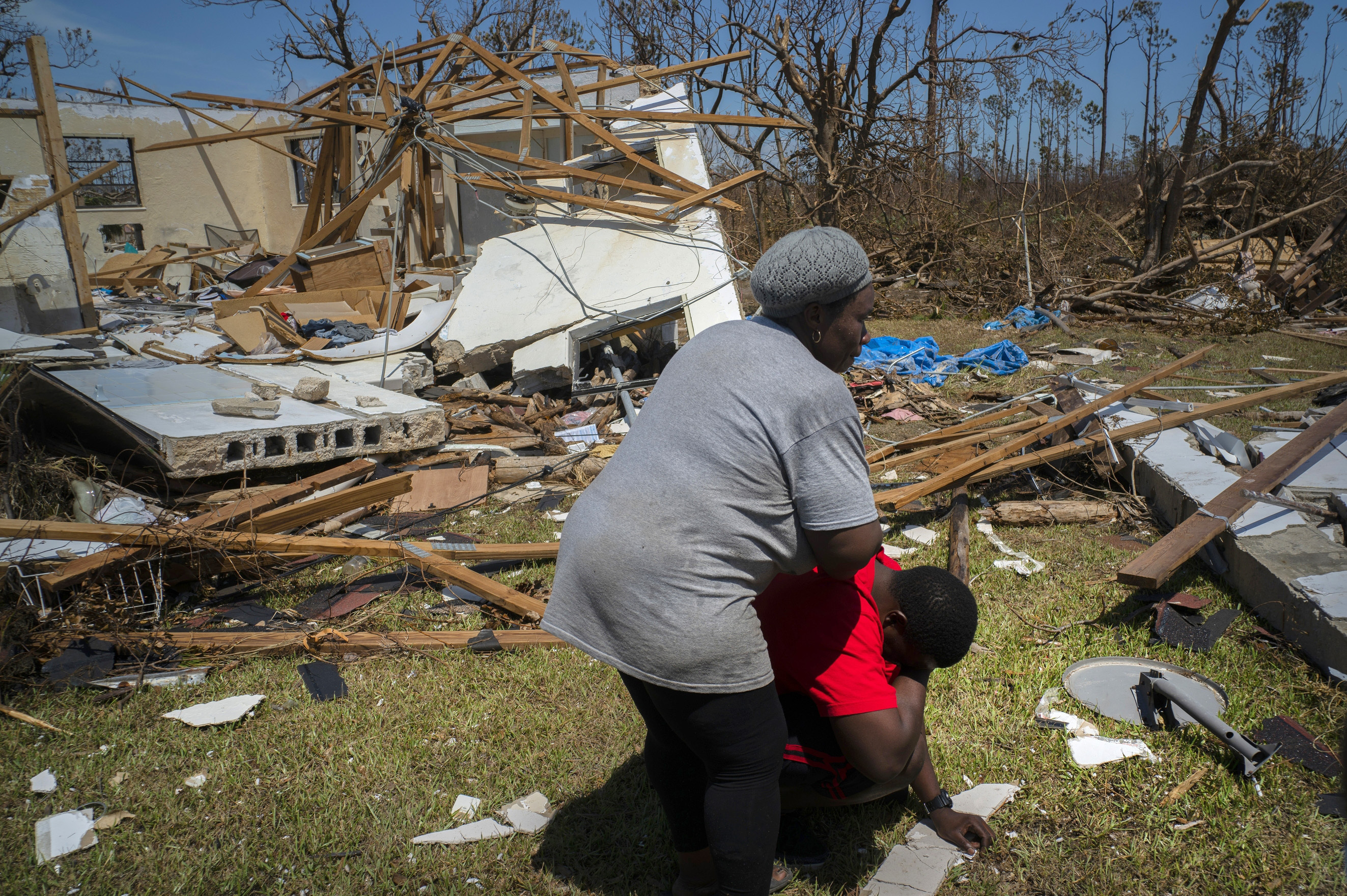 A woman comforts a sobbing man whose eight relatives are missingCredit: AP:Associated Press 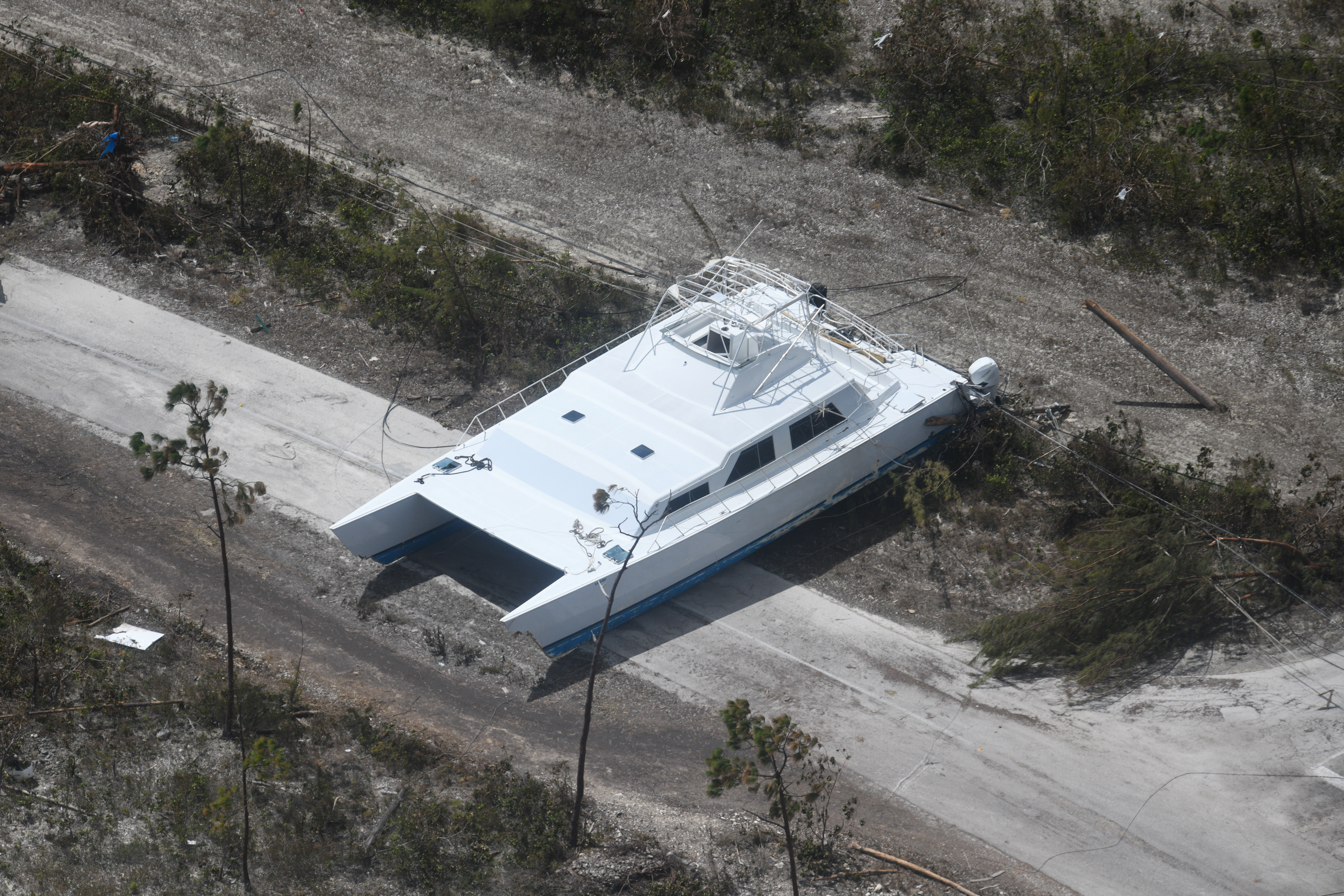 A boat stranded on land in the wake of Hurricane Dorian in Freeport, BahamasCredit: Reuters

The death toll officially sits at 30 but officials expected that to rise dramatically over the coming days.

"The public needs to prepare for unimaginable information about the death toll and the human suffering," he told local radio.

On social media thousands are still listed as missing as British and American rescue teams hunt through the rubble for survivors.

People are also using websites such as DorianPeopleSearch.com, which currently lists the names of more than 5,500 missing people.

Speaking to the Daily Beast, the site's founder Vanessa Pritchard-Ansell said: “When you see that somebody has been found and their family knows where they are, you feel a moment of elation.”

“But you also know that there are so many thousands of others who have not been accounted for.”