With Wall Street expecting the first double-digit payrolls report since May, largely as a result of over 40K GM jobs not accounted for due to the strike, and with some whispers even hinting at a negative print, moments ago the BLS surprised once again, reporting that in October,the US added 128K jobs, a huge beat to the 85K expected, with the September payrolls report revised sharply higher to 180K from 136K. 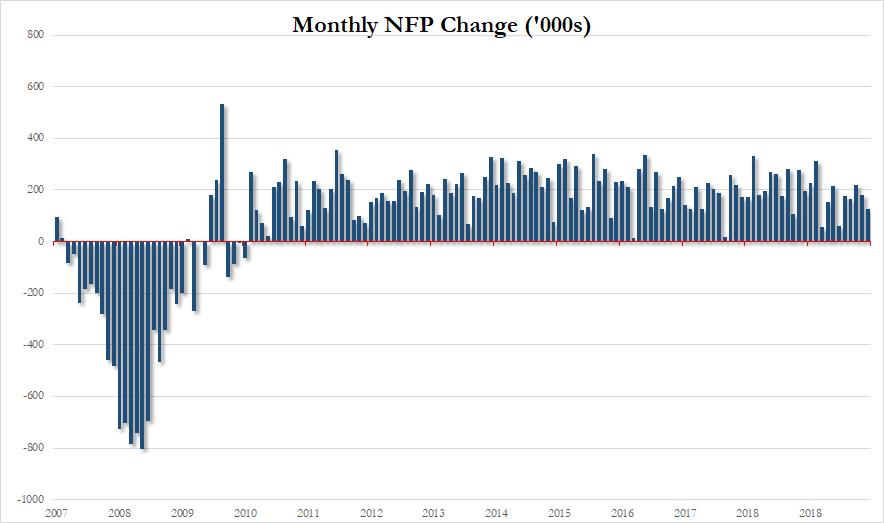 The report includes a strike-driven 41,600 decline in automaker payrolls and 20,000 temporary census workers leaving their jobs.The result of the strike led to a 36K drop in manufacturing jobs, the biggest drop since 2009, although a similar rebound is expected next month now that the GM strike is over. 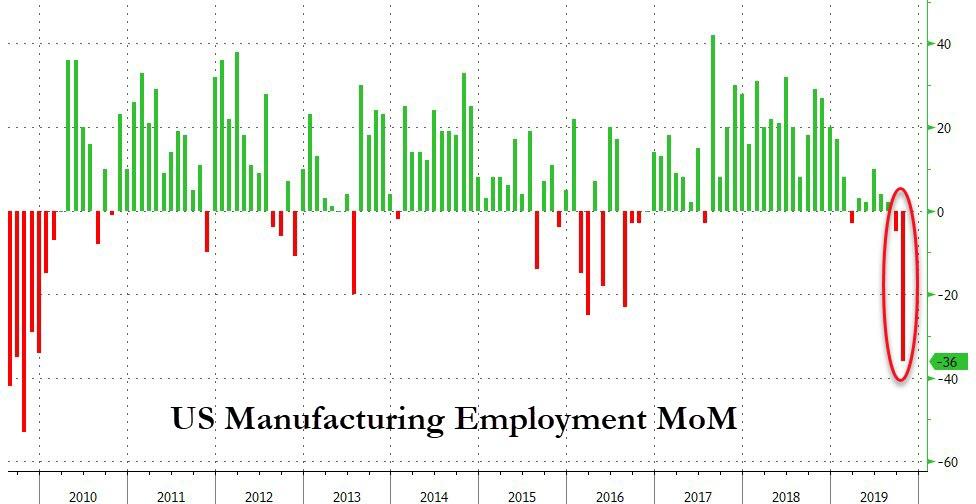 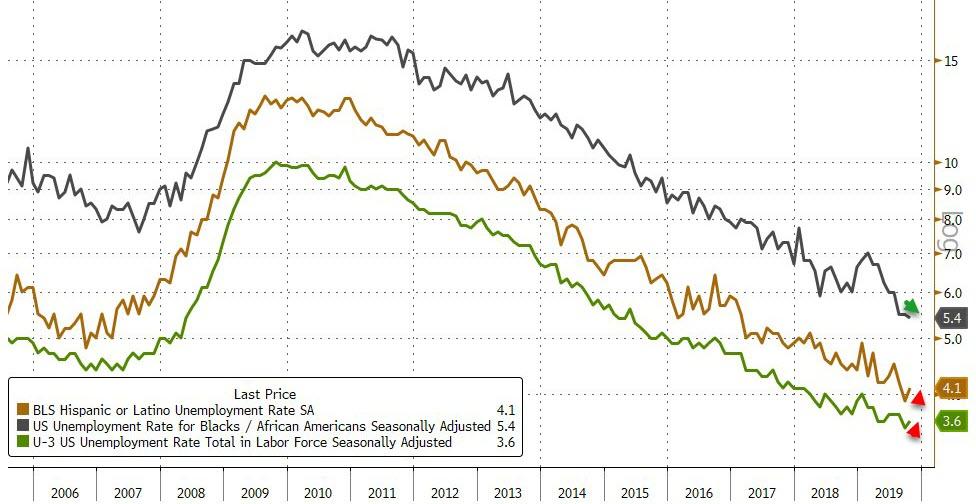 The participation rate, or share of working-age people in the labor force, increased to 63.3% as more Americans reentered the workforce. The U-6 underemployment rate ticked up to 7% from the lowest since 2000; this number reflects part-time workers who’d prefer a full-time position and those who aren’t actively looking.

The GM strike may also have hit wages in October: average hourly earnings climbed 3% from a year earlier, matching projections after an upward revision the prior month, though the 0.2% monthly gain was below the 0.3% estimate. 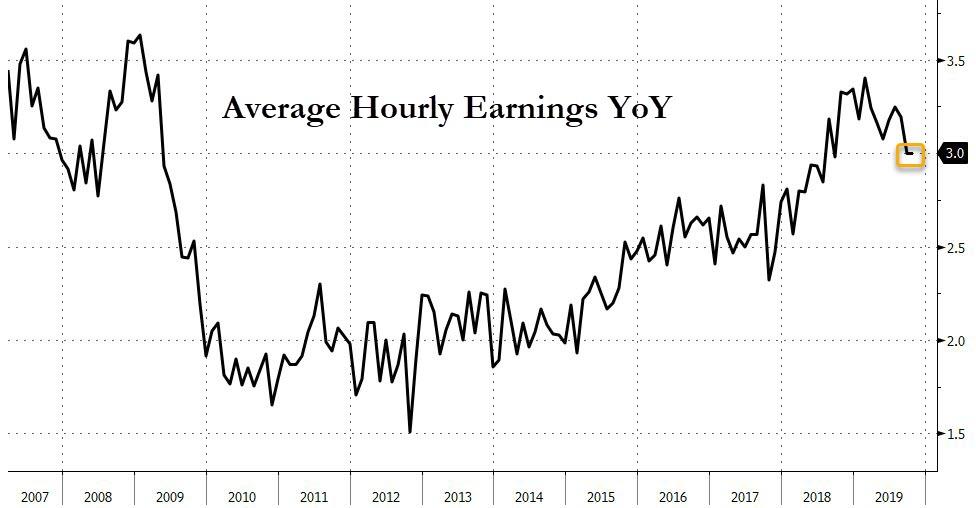 The unexpectedly strong report validates the Fed's description of the job market as "strong" and validates Powell's signal that the Fed will pause after its third interest-rate cut. While businesses have been pulling back on fixed investment as yesterday's GDP print showed, continued solid gains in hiring and wages will help drive growth and support President Donald Trump’s bid for re-election in 2020.

As has been the case for much of the past decade, job gains were led by low-wage jobs in leisure and hospitality, education and health services and professional and business services. Construction and finance also posted modest gains.Even retail jobs rose, registering back-to-back gains for the first time in more than a year following seven straight declines.

A breakdown of jobs per the BLS:

In response, Treasury yields, the dollar and S&P futures all spiked as December rate cut odds slumped, amid renewed speculation that the economy is once again on an stronger footing.