President Donald Trump on Friday mounted a forceful defense of the killing of Qassem Soleimani by American forces, declaring an end to the Iranian general's "reign of terror" while pushing back on concerns about his administration's end goal.

In his first formal response to Thursday night's attack, the president asserted that the strike on Soleimani should have taken place "long ago." But he sought to ease fears that he had just dragged the U.S. into another messy military conflict even as he declined to lay out immediate next steps.

"We took action last night to stop a war. We did not take action to start a war," he told reporters in an impromptu address at his Mar-A-Lago resort in Florida.

While the president reiterated he's not seeking regime change in Tehran, Trump demanded that the current Islamist government's "aggression in the region, including the use of proxy fighters to destabilize its neighbors, must end and it must end now."

Earlier in the day, Trump kicked off his defense on Twitter.

"General Qassem Soleimani has killed or badly wounded thousands of Americans over an extended period of time, and was plotting to kill many more...but got caught!" Trumpwrote. "He was directly and indirectly responsible for the death of millions of people, including the recent large number of PROTESTERS killed in Iran itself."

The president's message came hours after the Defense Department confirmed in astatementThursday evening that Trump had directed the strike against Soleimani, which the Pentagon described as a "defensive action" that was "aimed at deterring future Iranian attack plans."

The unexpected targeting of the leader of Iran's elite Quds force represents one of the president's boldest military maneuvers while in office, and marks perhaps the most serious escalation in tensions between Washington and Tehran since Trump withdrew from the multinational nuclear pact with Iran in 2018.

The general's death in the opening days of a presidential election year is also likely to elevate the issue of American foreign policy in the region as Trump wages a competitive campaign for a second term in the White House.

"While Iran will never be able to properly admit it, Soleimani was both hated and feared within the country," Trumptweeted. "They are not nearly as saddened as the leaders will let the outside world believe. He should have been taken out many years ago!"

Addressing the media, Trump was stern and solemn.

“Under my leadership, America's policy is unambiguous to terrorists who harm or intend to harm any American. We will find you. We will eliminate you,” he said, estimating that “hundreds” of American civilians and servicemembers were victims to Soleimani’s “ruthless” rule.

“Soleimani made the death of innocent people his sick passion, contributing to terrorist plots as far away as New Delhi and London,” Trump added. “Today, we remember and honor the victims of Soleimani's many atrocities and we take comfort in knowing that his reign of terror is over.”

Trump used the end of his remarks to tie Soleimani's killing to that of former ISIS leader Abu Bakr al-Baghdadi, who was killed in a U.S. raid in October. He also claimed credit for the elimination of the Islamic State's territorial caliphate, declaring that the "world is a safer place without these monsters."

Meanwhile, Secretary of State Mike Pompeo told the hosts of "Fox & Friends" on Friday morning that even though Trump does not desire an armed conflict with Tehran, the administration will "respond appropriately" if the Islamic Republic does not move to wind down tensions with the U.S.

"The president's been pretty clear. We don't seek war with Iran," Pompeo said. "But we, at the same time, are not going to stand by and watch the Iranians escalate and continue to put American lives at risk without responding in a way that disrupts, defends, deters and creates an opportunity to deescalate the situation."

Although officials in Tehran havevowed revengeagainst the U.S. for Soleimani's death, Pompeo said he hopes Iran's "decision will be to de-escalate" rather than pursue a course of retaliation.

"In the event that they do not, in the event they go the other direction, I know that President Trump and the entire United States government is prepared to respond appropriately," he said.

By Friday afternoon, a defense official confirmed the Pentagon was deploying a brigade of roughly 3,500 Army paratroopers from the 82nd Airborne Division to the Middle East in the aftermath of the strike.

And Trump underscored that, warning Tehran that “if Americans anywhere are threatened,” U.S. intelligence already has a number of targets “fully identified.” 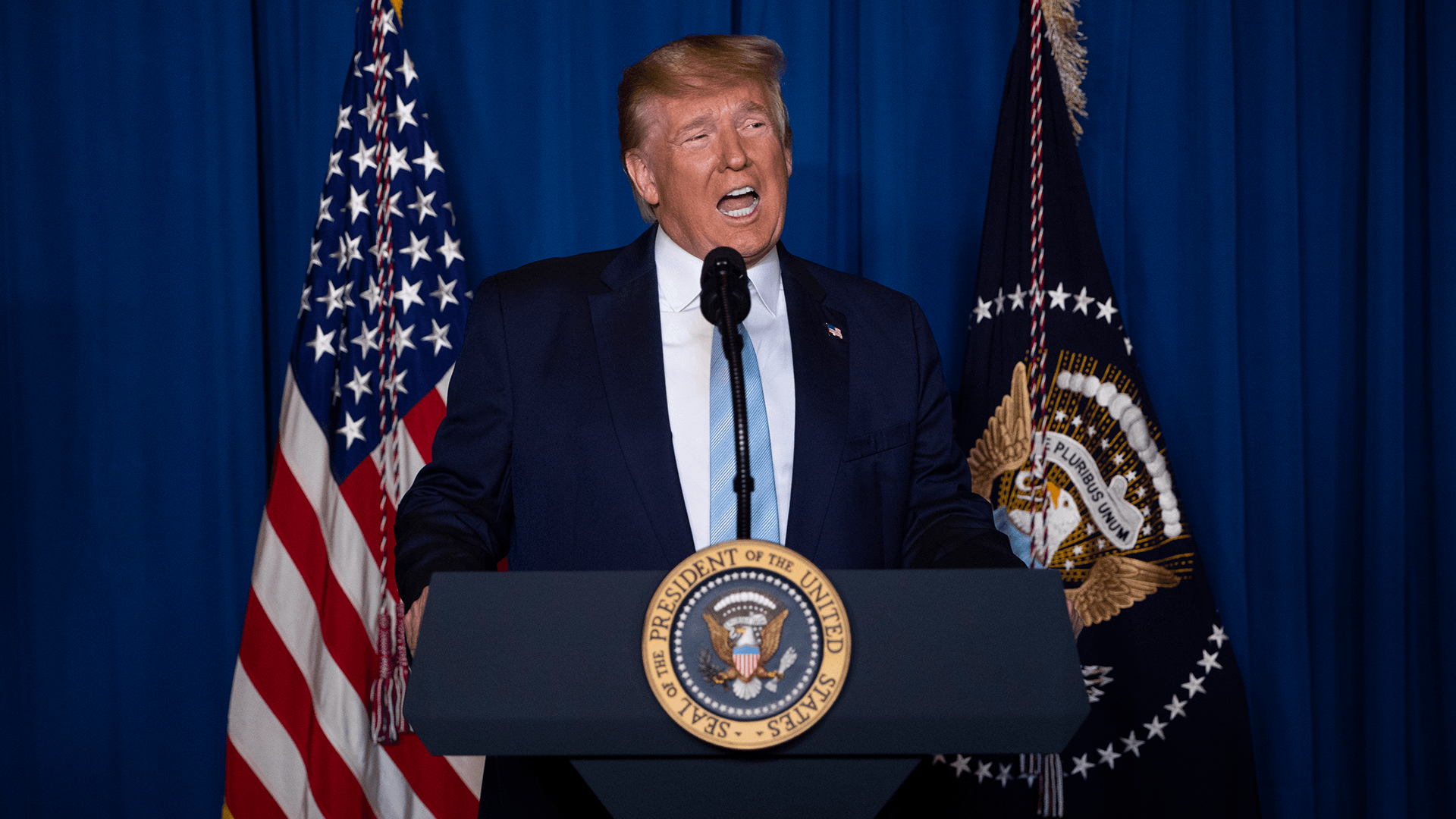 Why Democrats say they might not vote to convict Trump

2020 Dems warn of escalation in Middle East after Soleimani killing

“And I am ready and prepared to take whatever action is necessary,” he said.

But Trump allies, including those who speak directly with the president, downplayed any concerns about him reneging on his pledge to end America's "endless wars," saying they are confident Soleimani's killing will work to the benefit of his re-election campaign.

"An imminent attack was stopped," said a former campaign aide who is close to the White House. "America will rally behind this. Lives were saved."

Pompeo on Friday also participated in several phone calls with foreign leaders and senior diplomats — including those from Afghanistan, China, France, Germany, Pakistan, Russia, Saudi Arabia and the United Kingdom — regarding Trump's decision to eliminate Soleimani "in response to imminent threats to American lives," according to State Department readouts of many of the conversations.

The secretary largely declined to detail the nature of those "imminent threats" in an interview with CNN, but insisted the president's call "to remove Qassem Soleimani from the battlefield saved American lives. There's no doubt about that."

Soleimani "was actively plotting in the region to take actions — big action, as he described it — that would have put dozens if not hundreds of American lives at risk," Pompeo said, adding that "last night was the time that we needed to strike to make sure that this imminent attack, that he was working actively, was disrupted."

Pompeo did acknowledge that the threats removed by Soleimani's death were "located in the region" as opposed to the U.S. homeland, and said the intelligence community had assessed that "the risk of doing nothing was enormous." 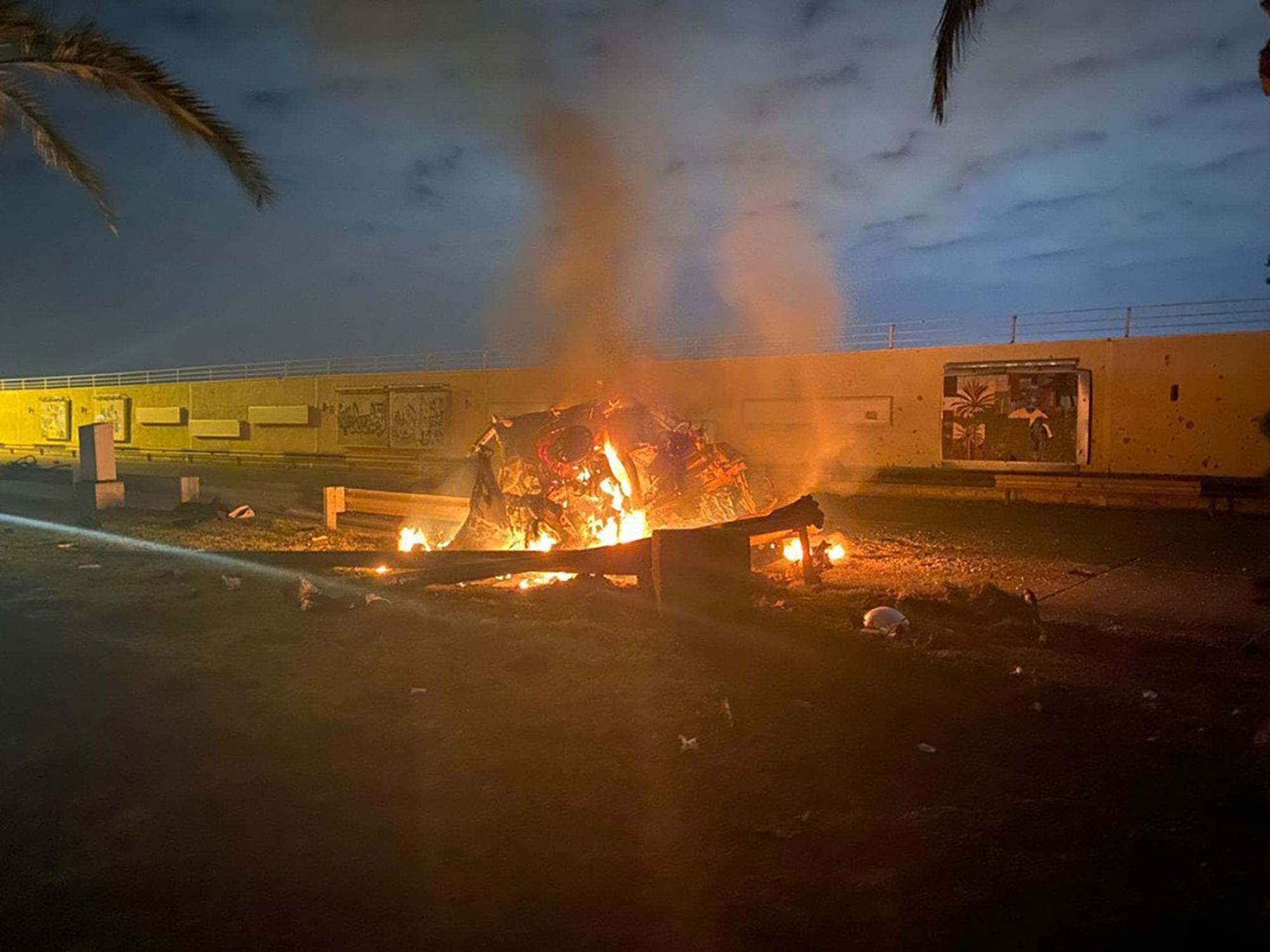 Pompeo similarly declined to elaborate on a State Departmentadvisoryissued early Friday urging American citizens to "depart Iraq immediately." Iraqi and other media have reported that Soleimani died in an airstrike at Baghdad’s international airport, and Trump earlier this weekblamedIran for a breach of the U.S. embassy compound in the Iraqi capital.

"Make no mistake about it, the Trump administration is focused on protecting Americans to the maximum extent feasible," Pompeo said. "We made the conclusion that a statement that we issued was appropriate, that the timing was right for that."

Iraqi Prime Minister Adil Abdul-Mahdi condemned the U.S. strike in astatementFriday, charging that "carrying out operations to assassinate Iraqi figures and figures from another country on Iraqi soil is a flagrant violation of Iraqi sovereignty and a dangerous escalation."

Trump drew Iraq further into the rapidly intensifying conflict between the U.S. and Iran in a pair of tweets later Friday morning,seizing uponanti-Iranian sentimentsconveyed by Iraqi protesters in recent months.

"The United States has paid Iraq Billions of Dollars a year, for many years. That is on top of all else we have done for them," the presidentwrote. "The people of Iraq don’t want to be dominated & controlled by Iran, but ultimately, that is their choice. Over the last 15 years, Iran has gained more and more control over Iraq, and the people of Iraq are not happy with that. It will never end well!"

The president alsowroteonline earlier in the morning that "Iran never won a war, but never lost a negotiation!" — an adagepreviously employedby his hawkish former national security adviser, John Bolton, who praised the administration in a tweet Friday.

"Congratulations to all involved in eliminating Qassem Soleimani," Boltonwrote. "Long in the making, this was a decisive blow against Iran's malign Quds Force activities worldwide. Hope this is the first step to regime change in Tehran." 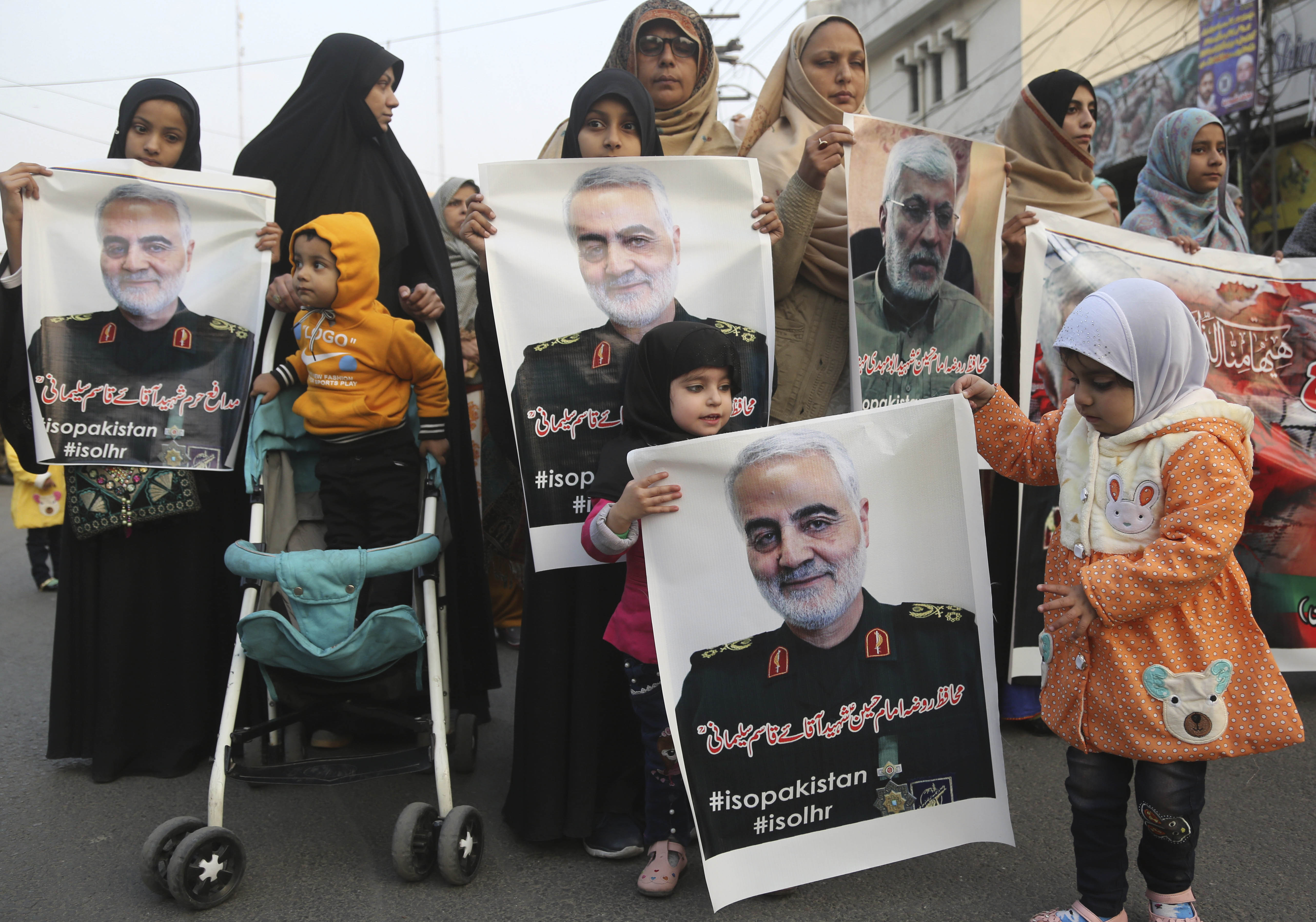 Sen. Lindsey Graham, one of Trump's main congressional advisers on matters of foreign policy, echoed the White House's characterization of Soleimani's killing Friday, calling it a "preemptive, defensive strike planned to take out the organizer of of attacks yet to come."

Graham also revealed that he was "briefed about the potential operation" while visiting Trump's Mar-a-Lago resort in Palm Beach, Fla., where the president has spent his holiday vacation.

"I appreciate being brought into the orbit," he said. "I really appreciate President Trump letting the world know you cannot kill an American without impunity."

But unlike Graham, House Speaker Nancy Pelosi was not informed of the strike ahead of time, complaining in astatementlate Thursday that the deadly action "was taken without the consultation of Congress."

Pelosi spoke by phone with Defense Secretary Mark Esper after the assault, around 9:40 p.m., according to a Democratic source with knowledge of the call.

The speaker and the Pentagon chief talked for 13 minutes, and afterward Pelosi issued a statement calling for a full congressional briefing "on this serious situation and on the next steps under consideration by the Administration, including the significant escalation of the deployment of additional troops to the region."

The president on Friday appeared to revel in his decision not to give top Democrats in Congress a heads up about the strike, at one pointretweetinga swipe at Senate Minority Leader Chuck Schumer by conservative commentator Dinesh D’Souza.