The coronavirus epidemic could spread to about two-thirds of the world’s population if it cannot be controlled, according to Hong Kong’s leading public health epidemiologist.

His warning came after the head of the World Health Organization (WHO) said recent cases of coronavirus patients who had never visited China could be the“tip of the iceberg”.

Prof Gabriel Leung, the chair of public health medicine at Hong Kong University, said the overriding question was to figure out the size and shape of the iceberg. Most experts thought that each person infected would go on to transmit the virus to about 2.5 other people. That gave an “attack rate” of 60-80%.

“Sixty per cent of the world’s population is an awfully big number,” Leung told the Guardian in London, en route to an expert meeting at the WHO in Geneva on Tuesday.

Even if the general fatality rate is as low as 1%, which Leung thinks is possible once milder cases are taken into account, the death toll would be massive. 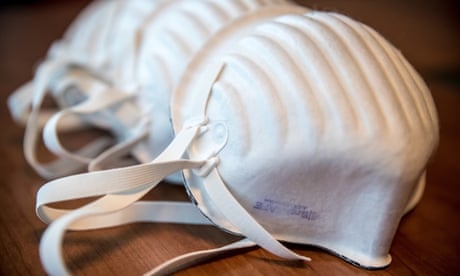 What are super-spreaders and how are they transmitting coronavirus?

He will tell the WHO meeting that the main issue is the scale of the growing worldwide epidemic and the second priority is to find out whether the drastic measures taken by China to prevent the spread have worked – because if so, other countries should think about adopting them.

The Geneva meeting brings together more than 400 researchers and national authorities, including some participating by video conference from mainland China and Taiwan. “With 99% of cases in China, this remains very much an emergency for that country, but one that holds a very grave threat for the rest of the world,” the WHO director-general Tedros Adhanom Ghebreyesus said in his opening remarks. To date China has reported 42,708 confirmed cases, including 1,017 deaths, Tedros said. 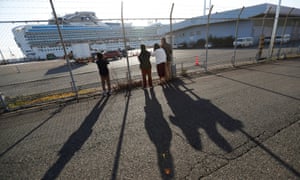 Leung – one of the world’s experts on coronavirus epidemics, who played a major role in the Sars outbreak in 2002-03 – works closely with other leading scientists such as counterparts at Imperial College London and Oxford University.

At the end of January,he warned in a paper in the Lancetthat outbreaks were likely to be “growing exponentially” in cities in China, lagging just one to two weeks behind Wuhan. Elsewhere, “independent self-sustaining outbreaks in major cities globally could become inevitable” because of the substantial movement of people who were infected but had not yet developed symptoms, and the absence of public health measures to stop the spread.

Epidemiologists and modellers were trying to figure out what was likely to happen, said Leung. “Is 60-80% of the world’s population going to get infected? Maybe not. Maybe this will come in waves. Maybe the virus is going to attenuate its lethality because it certainly doesn’t help it if it kills everybody in its path, because it will get killed as well,” he said.

Experts also need to know whether the restrictions in the centre of Wuhan and other cities have reduced infections. “Have these massive public health interventions, social distancing, and mobility restrictions worked in China?” he asked. “If so, how can we roll them out, or is it not possible?”

What is coronavirus and how worried should we be?

If China’s lockdown has not worked, there is another unpalatable truth to face: that the coronavirus might not be possible to contain. Then the world will have to switch tracks: instead of trying to contain the virus, it will have to work to mitigate its effects. 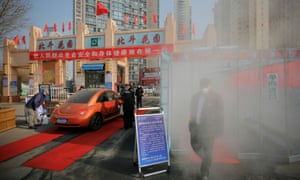 For now, containment measures are essential. Leung said the period of time when people were infected but showed no symptoms remained a huge problem. Quarantine was necessary, but to ensure people were not still carrying the virus when they left, everybody should ideally be tested every couple of days. If anyone within a quarantine camp or on a stricken cruise ship tested positive, the clock should be reset to 14 days more for all the others.

Some countries at risk because of the movement of people to and from China have taken precautions. On a visit to Thailand three weeks ago, Leung talked to the health minister and advised the setting up of quarantine camps, which the government has done. But other countries with links to China appear, inexplicably, to have no cases – such as Indonesia. “Where are they?” he asked.

How can I protect myself from the coronavirus outbreak?

Scientists still do not know for sure whether transmission is through droplets from coughs or possibly airborne particles. “It’s rather difficult to do that kind of careful detailed work when everything is raging. And unless it is raging you are unlikely to get enough confirmed cases,” he said. “In Sars we never had the chance to do these kinds of studies.”

Hong Kong, which has 36 confirmed cases of coronavirus, was in the worst possible set of circumstances for fighting a raging epidemic, said Leung.

“You need extra trust, extra sense of solidarity, extra sense of goodwill, all of which have been completely used up – every last drop in that social capital fuel tank has been exhausted after now eight months of social unrest, so it couldn’t have come at a worse time,” he said. 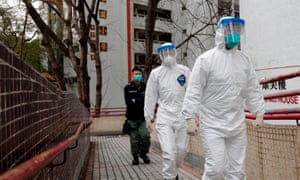 ... in the coming year, and the results will define the country for a generation. These are perilous times. Over the last three years, much of what the Guardian holds dear has been threatened – democracy, civility, truth. This US administration is establishing new norms of behaviour. Anger and cruelty disfigure public discourse and lying is commonplace. Truth is being chased away. But with your help we can continue to put it center stage.

Rampant disinformation, partisan news sources and social media's tsunami of fake news is no basis on which to inform the American public in 2020. The need for a robust, independent press has never been greater, and with your support we can continue to provide fact-based reporting that offers public scrutiny and oversight. You’ve read more than 12 articles in the last four months. Our journalism is free and open for all, but it's made possible thanks to the support we receive from readers like you across America in all 50 states.

On the occasion of its 100th birthday in 1921 the editor of the Guardian said, "Perhaps the chief virtue of a newspaper is its independence. It should have a soul of its own." That is more true than ever. Freed from the influence of an owner or shareholders, the Guardian's editorial independence is our unique driving force and guiding principle.

We also want to say a huge thank you to everyone who generously supports the Guardian. You provide us with the motivation and financial support to keep doing what we do. Every reader contribution, big or small is so valuable.Support the Guardian from as little as $1 – and it on