Attorney GeneralWilliam Barrdoes not agree with the push by some for mass mail-in voting ahead of the2020 presidential election.

Talking about the upcoming election and the debate over expanded mail-in voting, Barr said on Fox News Thursday, “I think it is grossly irresponsible to be doing what the Democratic Party is doing now.”

He continued, “The idea of conducting elections by wholesale mail-in ballots is reckless and wrong.”

The attorney general continued, clearly expressing his opposition to sending ballots to “everyone on the voting list”:

“Everyone knows what has happened in these cases. We are not talking about voters going, requesting a ballot specifically, saying who they are, proving who they are, and then submitting a ballot by mail. We are talking about mail-outs to everyone on the voting list. And every experience with that has had thousands and thousands of ballots floating around, not just the state, but the country. I have friends who haven’t lived in California in 21 years who received ballots.”

He reiterated that he thinks it is “reckless” to have widespread mail-in voting in the election and suggested “it could create serious questions about the integrity of the election.” 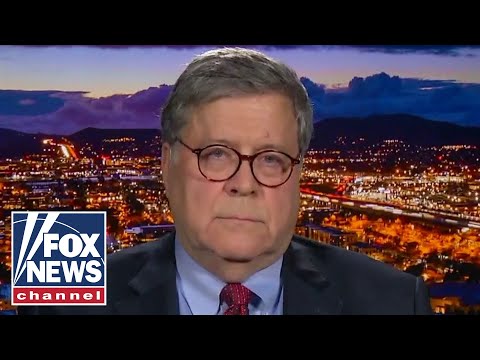 President Donald Trump has been clear that he believes universal mail-in voting will lead to “the greatest fraud in the history of elections,” asIJR reported. His remarks come amid thecoronavirus pandemic, which isexpectedto increase the number of mail-in ballots.

According toBloomberg, “As vote-by-mail became more popular, a handful of mostly Western states did away with the requirement to request a mail-in ballot, opting to automatically send every registered voter a ballot. This practice is now referred to as ‘universal vote by mail.'”

However, according to recent reports, this week, Trump and the first lady requested mail-in ballots for themselves for Florida’s primary election, asIJR also reported.