Federal prosecutors in New York are suggesting that Michael Cohen, the president’s longtime personal attorney and fixer, serve a “substantial term of imprisonment” for crimes he pleaded guilty to in August, including campaign finance violations, according to documents filed Friday afternoon.

“Cohen, an attorney and businessman, committed four distinct federal crimes over a period of several years,” prosecutors in the Southern District of New York wrote. “He was motivated to do so by personal greed, and repeatedly used his power and influence for deceptive ends.”

Cohen pleaded guilty earlier this year to charges of campaign finance violations in addition to tax evasion and false statements to a bank related to his personal business dealings. Those charges were brought by federal prosecutors in New York's Southern District.

Special counsel Robert Mueller's office entered into a plea deal with Cohen last Thursday after charging him with lying to congressional committees about the Russia investigation.

In their sentencing memo – also released Friday – Mueller’s team applauded Cohen’s “substantial and significant efforts to remediate his misconduct, accept responsibility for his actions, and assist the [special counsel’s office] investigation,” and not take a position of its own with regard to Cohen’s sentencing.

“The defendant’s crime was serious,” Mueller wrote. “In recent months, however, the defendant has taken significant steps to mitigate his criminal conduct. He chose to accept responsibility for his false statements and admit to his conduct in open court. He also has gone to significant lengths to assist the Special Counsel’s investigation.”

Ron Kuby, a New York defense attorney in private practice, said prosecutors effectively accused Cohen of picking and choosing what elements of the investigation he wanted to cooperate in – a strategy prosecutors would pounce on.

“Cohen seemed to treat his plea agreement as something of a Burger King Menu – hold the pickle, add extra sauce – where he gets to do things his way,” Kuby said. “[Southern District of New York prosecutors], by contrast, view cooperation as something close to a sacrament. And when it comes to sentencing, the government's view usually prevails.”

In his own sentencing memo filed last week, Cohen asked the judge to spare him a prison term, contending that his extensive cooperation in multiple investigations and the “gargantuan cost” he said he has already endured because of the criminal investigation warrant leniency.

“This case has caused deep and lasting strain for Michael and his family,” Cohen’s attorneys Guy Petrillo and Amy Lester wrote. “They have been subjected to daily public scrutiny and moral opprobrium in a media cauldron of exceptional heat and intensity.”

But prosecutors say Cohen’s cooperation paled in comparison to the crimes to which he pleaded guilty.

“Now [Cohen] seeks extraordinary leniency – a sentence of no jail time,” prosecutors wrote Friday. “But the crimes committed by Cohen were more serious than his submission allows and were marked by a pattern of deception that permeated his professional life (and was evidently hidden from the friends and family members who wrote on his behalf).”

In an otherwise scathing sentencing memo, prosecutors commended Cohen’s cooperation with the Mueller probe, but say he was less forthcoming with prosecutors in New York.

“Within the confines of the SCO investigation itself, the Office does not dispute that Cohen’s assistance to the SCO was significant. But because Cohen elected not to pursue more fulsome cooperation with this Office, including on other subjects and on his own history, the Office cannot assess the overall level of Cohen’s cooperation to be significant.”

The attorneys for Cohen have previously argued that he had demonstrated “fortitude and fundamental character” by having the courage to cooperate with law enforcement and stand up to the president while facing a “raw, full-bore attack by the most powerful person in the United States.”

Cohen’s cooperation, his attorneys say, has all taken place voluntarily and without a formal cooperation agreement which, under normal circumstances, might have delayed his sentencing date for months or years.

“This personal decision does not signal any intention on Michael’s part to withhold information or his availability to respond to additional inquiry,” his lawyers wrote to the court last week. “To the contrary, he expects to cooperate further.”

However, Cohen’s request for leniency from the court prompted a renewed Twitter outburst from President Trump, saying that Cohen had done “terrible” things and that he’d “lied for this outcome and should, in my opinion, serve a full and complete sentence.” He followed that up with praise for his former political consultant Roger Stone, who has said publicly that he would never testify against the president. “Nice to know that some people still have ‘guts!’” Trump wrote. 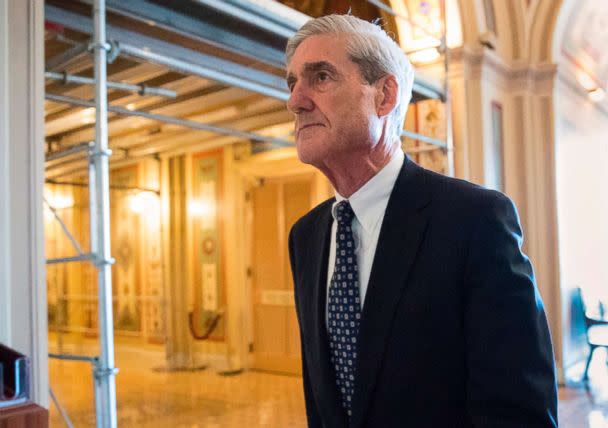 Cohen pleaded guilty in August in federal court in New York to six felonies associated with his personal business – including tax evasion and making false statements to a financial institution in connection with a home equity loan. He also entered guilty pleas to two campaign finance violations for his role in arranging non-disclosure agreements with two women – Karen McDougal and Stormy Daniels - who had claimed past affairs with Trump. The president has denied the women’s allegations.

The combined statutory maximum penalty for those crimes is up to 65 years in prison, though the parties agreed that sentencing guidelines called for a sentence of between 46 and 63 months, before any post-conviction cooperation was factored into the recommendation.

At the plea hearing in that case, Cohen directly implicated President Trump in the hush money deals, alleging that he had entered into the arrangement in the weeks leading up to the election “in coordination with and at the direction of a candidate for federal office,” referring to then-candidate Trump.

Cohen’s attorneys wrote last week that “he accepts that he acted wrongfully,” for his part in the hush money deals. Still, they asked the court to take into account that Cohen felt “obligated” to act on Trump’s instructions to assist him in an attempt to prevent McDougal and Daniels from “from disseminating narratives that would adversely affect the campaign and cause personal embarrassment” to Trump and his family. The president has said he learned of the payments after they were made.

Cohen also alleges, according to court documents, that Trump promised to reimburse him for the $130,000 he wired to Daniels, and that Trump subsequently and personally approved an arrangement for the Trump Organization to pay Cohen back in monthly installments throughout 2017.

While Cohen held no formal position with the Trump campaign, his uncompromising allegiance to his long-time boss was often on public display during the election, including during a contentious CNN appearance in August 2016 in which Cohen repeatedly challenged the TV anchor’s assertion that polls showed Trump then trailing his rival Hillary Clinton.

“Says who?” Cohen retorted repeatedly, before confidently predicting a Trump victory in November.

The long-time confidant remained loyal to the president throughout Trump’s tumultuous first year in office, telling Vanity Fair in September 2017 that he would “take a bullet for the president” and that he “would never walk away.” 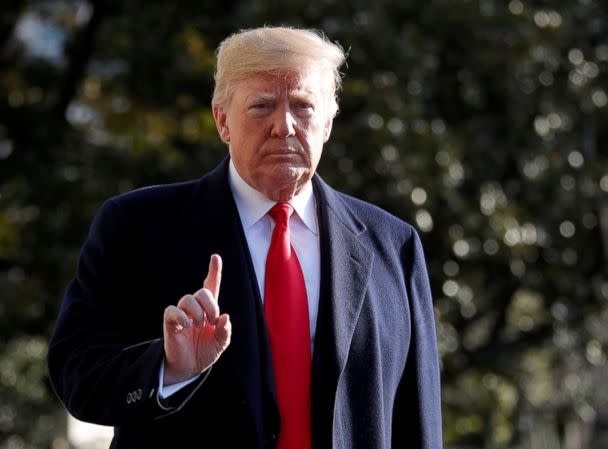 That interview took place just as he was preparing to testify before two Congressional committees probing Russian inference in the 2016 election.

Cohen admitted in a guilty plea last week with the special counsel that he lied to those committees about the timing and the extent of his communications about a proposed Trump Tower in Moscow that was being discussed during the campaign.

Cohen told the court last week that he made those false statements in 2017 in order to “stay in line” with Trump’s political messaging and his “repeated disavowals of commercial and political ties” to Russia. Cohen claimed in court filings that he had been in “close and regular contact” with White House staff and Trump’s legal counsel in advance of his congressional testimony, though he stopped short of alleging that he was instructed on how to respond to the inquiries.

Cohen’s calculus on his relationship with Trump began to change earlier this year, after the Wall Street Journal first reported on the non-disclosure agreement Cohen reached with Daniels, whose legal name is Stephanie Clifford.

Cohen publicly claimed that he had entered the deal on his own accord to protect Trump from what he said was a false allegation. But after the president denied knowing anythingabout the source of the money to pay Daniels, Cohen came to believe then that loyalty in this situation was a one-way street, according to sources familiar with his thinking.

In late June, Cohen publicly declared his willingness to be interviewed by investigators and signaled his independence from Trump. In an exclusive interview with ABC News, Cohen told George Stephanopoulos that “my wife, my daughter and my son have my first loyalty and always will. I put family and country first.”