The progressive wing of the Democratic Party, vying to control the 2020 presidential primaries, wants Vermont Sen. Bernie Sanders — by a country mile.

The poll was the first on 2020 from Democracy for America, which has promised to pressure Democrats to adopt progressive stands and policies.

“These results make clear that, while Bernie Sanders' has a strong early lead, no single potential presidential candidate has full command of the Democratic Party's progressive base heading into 2019,” said Yvette Simpson, incoming CEO of Democracy for America.

The top picks in DFA’s survey:

Poll takers were asked to choose their top three picks in order. 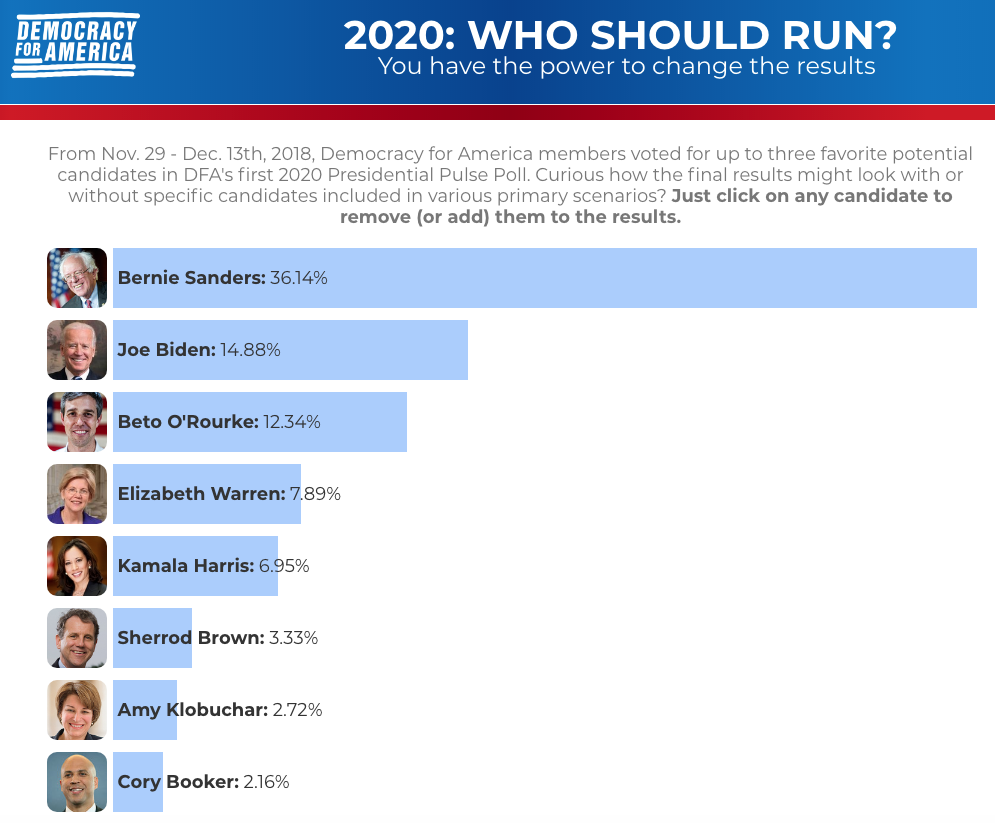 (Screenshot via Democracy for America)

"Let's be clear: Progressive support in the 2020 Democratic Primary is up for grabs and so is Democracy for America's endorsement," said Charles Chamberlain, DFA's current executive director and incoming chairman, in a statement.

He added, “Unlike 2016, no candidate has support strong enough for the Democratic Party establishment to clear the field, which means progressives will have an excellent opportunity over the next year to kick the tires on a wide range of different candidates and find the best one to take on Trump. With a clear majority of the top five candidates being champions of Medicare for all, these results illustrate that Americans are eager for bold, progressive candidates who will fight for the multiracial inclusive populism America needs in 2020 and beyond.”