Gene Hanson, the North Dakota farmer whom President Trump called a "great American,"has created messages in his field before.

The world is waiting - And with holiday rates from $94, why wait to see it all?

But this time instead of using his plow, he used his neighbor's cows -- approximately 150 of his young black Angus cattle -- who live across the road from his farm in Edgeley.

"It's the Christmas season," Hanson told Fox News, "and I thought that would be really nice if he put the feed down in a sign of the cross and he did." 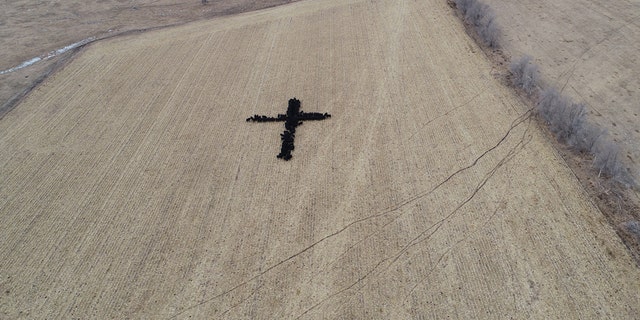 Gene Hanson took a picture of his neighbor's Angus cattle eating while forming the shape of a cross Wednesday, December 19. (Farmer Gene)

The retired great-grandfather wanted to form the cross to remind people of "the birth of Jesus" as the reason for the season.

"It's just a Christian area," he said.

Hanson also has a large cross erected in his own cow pasture, 25 feet tall and 15 feet wide, along U.S. Highway 281. He put solar lights on it so people can see it at night.

Gene and his wife, Darlene, also dress up as Mr. and Mrs. Claus every year for the "Christmas on Main" event in their town and visit the local nursing home. 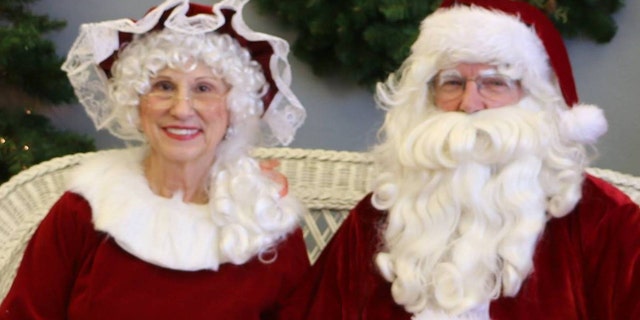 Gene and his wife, Darlene, Hanson dress up as Mr. and Mrs. Claus every year for an event in their town and visit the nursing home. (Gene Hanson)

Together they have 13 great-grandchildren and grandkids.

Last year, he plowed the message "Merry Christmas" the size of a football field, and gained national headlines and the attention of Trump when he plowed: "We stand for the national anthem."

While his latest message was religious, he said his next one will probably be political. Some of his previous messages include: "Drain the Swamp," "Vote Trump," and "Blue Lives Matter."