The largest single group of asylum seekers ever to cross into the U.S. tunneled beneath the border wall near San Luis, Arizona, on Monday, voluntarily turning themselves into Customs and Border Protection, according to the agency.

Migrants can be seen marching toward Border Patrol agents by the hundreds, according to video obtained by ABC News. Smugglers dug a series of seven holes, only a few feet long beneath the steel border fence, with hundreds going beneath the wall and a smaller number clambering over it, according to CBP.

The fresh sand and scuff marks of shoes on the rusty steel were still there when ABC News visited the site on Thursday. 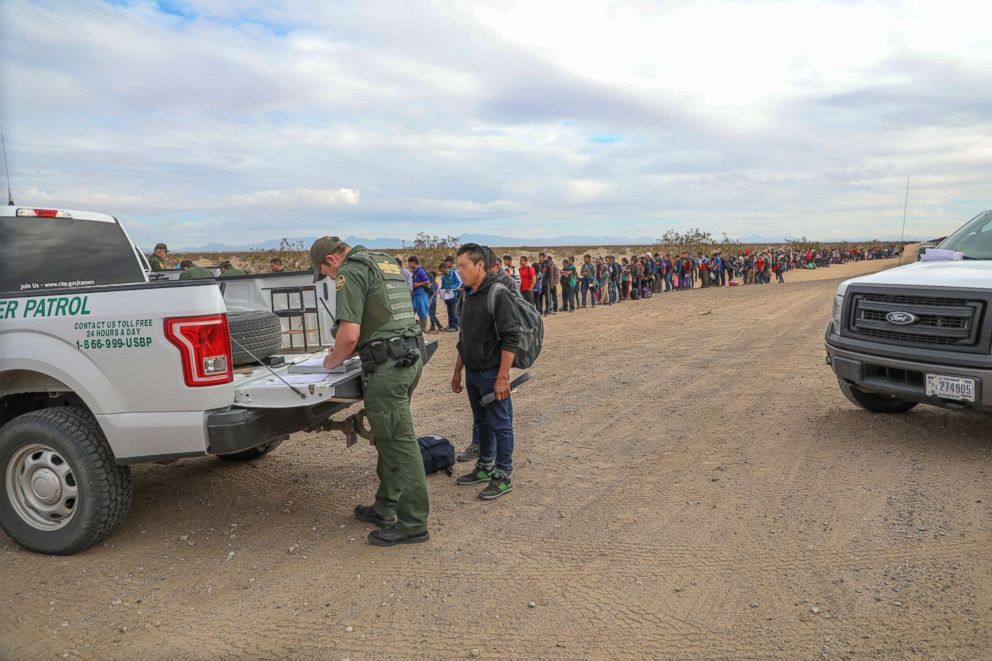 (Yuma Sector Border Patrol)  A record large group of migrants tunneled under the border wall near Yuma, Arizona, and turned themselves in to Border Patrol officials for asylum.

The agency says 179 of the record 376 people who crossed were children, including over 30 unaccompanied minors -- children under 18 traveling on their own.

The overall number of unauthorized crossings has plummeted since its peak in the 2001, when CBP logged about 1.6 million apprehensions, according to government statistics. However, the demography of those crossing has changed dramatically.

Parents with children now comprise over 80 percent of the total apprehensions of those crossing the 2,000-mile long border with Mexico. The vast majority of them, like the group near Yuma Monday, surrender immediately or seek out Border Patrol agents in order to begin the asylum process.

"That's our No. 1 challenge that we have here in the Yuma sector, is the humanitarian problem," Porvaznik said. "As I mentioned, 87 percent of the apprehensions here are family units and unaccompanied alien children." 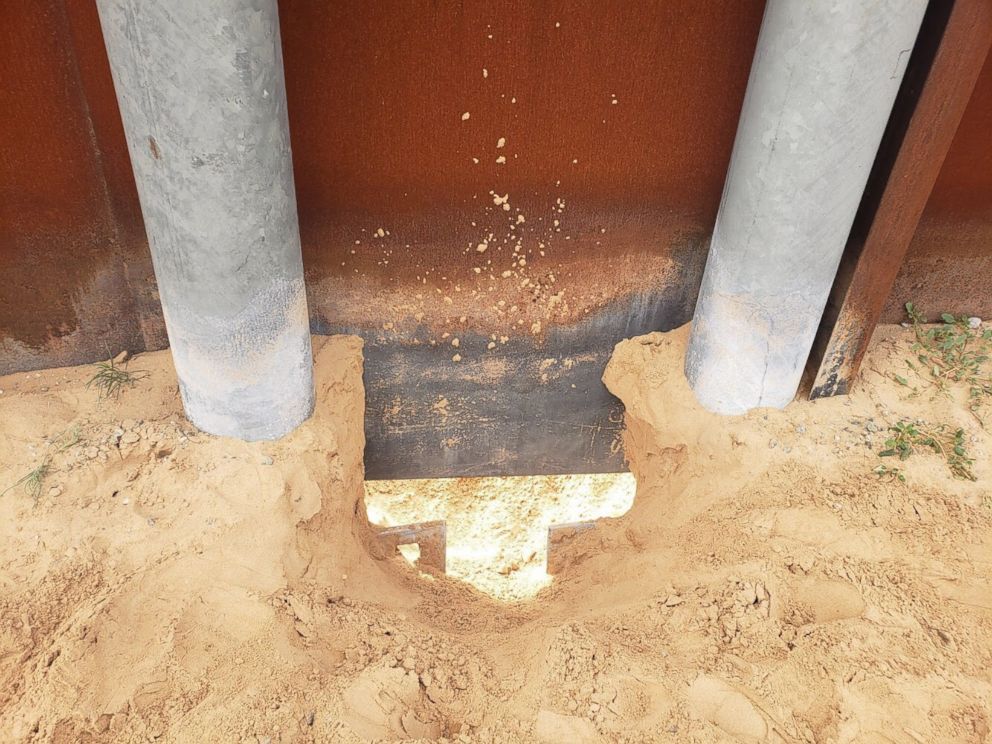 (Yuma Sector Border Patrol)  Seven tunnels were dug underneath the border wall near Yuma, Arizona, on Monday, Jan. 14, 2019, as a record group of migrants entered the U.S.

The mass crossing this week took place in a sparsely populated stretch of the border -- where an old model of border barrier rises about 12 feet from the sandy ground. The stretched agency only had three agents patrolling that 26-mile-long section of the border.

It took hours to process the families, most of which were sent to the area’s chronically overcrowded central processing center in Yuma.

"In my 30 years with the Border Patrol, I have not been part of arresting a group of 376 people," Porvaznik said. "That's really unheard of."

As in all such facilities, the CBP said it works to process them as quickly as possible, and provides basic medical care. Still, detainees eat, sleep and use the bathroom in the same room. Scraps of food mingled with silvery space blankets on the floor. In one cell, several boys had balled up the blankets into a makeshift soccer ball they were kicking around. 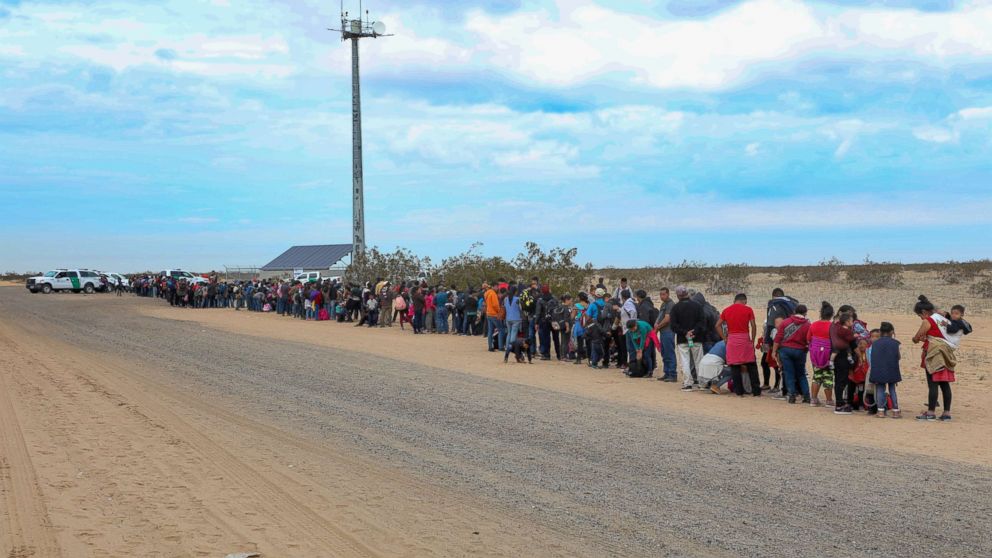 (Yuma Sector Border Patrol)  A record large group of 376 migrants tunneled under the border wall near Yuma, Arizona, and turned themselves in to Border Patrol officials for asylum.

One man in the group said he left Guatemala eight days ago and made most of the trip by bus along with his 12-year-old daughter. They were planning to leave the processing center destined for San Diego -- plane ticket in hand.

The father said he saved about $5,000 to pay a coyote to quickly get them to the border. He left a wife and two younger daughters back in Guatemala. Next to them were a mother and two daughters on their way to Cincinnati, also from Guatemala. They too traveled by bus and the journey took about eight days.

Just two days after the group tunneled under the border wall in Yuma, the Border Patrol took in another huge group of migrants in New Mexico. The 247-person group, including unaccompanied minors, crossed near the Antelope Wells Port of Entry and immediately surrendered to authorities for processing.