Special counsel Robert Mueller's team has informed President Donald Trump's attorneys that they have concluded that they cannot indict a sitting president, according to the President's lawyer.

That conclusion is likely based on longstanding Justice Department guidelines. It is not about any assessment of the evidence Mueller's team has compiled.

A lack of an indictment would not necessarily mean the President is in the clear. Mueller could issue a report making referrals or recommendations to the House of Representatives.

The inability to indict a sitting president has been the position of the Office of Legal Counsel in the Justice Department since the Nixon administration and reaffirmed in the Clinton administration, but it has never been tested in court. 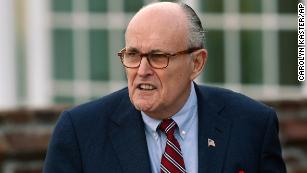 It had been an open question whether, if investigators found potentially criminal evidence against Trump, Mueller's team would try to challenge those Justice Department guidelines.

CNN reached out to Mueller's team. They declined to comment.

Deputy Attorney General Rod Rosenstein publicly discussed the issue earlier this month at an event held by the Freedom Forum Institute. He was asked if a sitting president can be indicted.

"I'm not going to answer this in the context of any current matters, so you shouldn't draw any inference about it," Rosenstein said. "But the Department of Justice has in the past, when the issue arose, has opined that a sitting President cannot be indicted. There's been a lot of speculation in the media about this, I just don't have anything more to say about it." Rosenstein oversees the special counsel probe.

Giuliani tells CNN the special counsel's team has decided that "they have to follow the Justice Department rules." 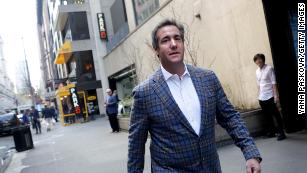 "We think it's bigger than that. We think it's a constitutional rule, but I don't think you're ever going to confront that because nobody's ever going to indict a sitting president. So, what does that leave them with? That leaves them with writing a report," said Giuliani.

It would then be up to the House of Representatives to decide what to do about with the special counsel's report -- and whether to pursue articles of impeachment.

Giuliani also said that he is using the one-year anniversary of the Mueller probe, which is Thursday, to push the special counsel to disclose how much money is being spent, and to actively begin negotiating with Trump's legal team over any Trump interview Mueller is seeking.

"Do you really need an interview?" Giuliani said he wants Mueller's team to answer.

The legal team put the question of indictment directly to Mueller -- and they were not surprised by his answer -- as part of a strategy to deal with the issue of a subpoena to the President should he decide not to testify, according to a source familiar with the Trump legal team's thinking.

The reason it's important, this source said, is that under their view of the law the special counsel's team would have to show they need the President's testimony to investigate a crime of great significance. The President's team would then argue that if you can't indict the President for a charge like obstruction, then there is "no crime to justify the subpoena."

Since questions about obstruction involve asking about the President's state of mind, his legal team would ask why those questions are warranted if he can't be prosecuted.

The President's legal team believes that in order to justify an interview, then it has to be his crime and not somebody else's, this source said.

In addition, the source said the Mueller team would also have to make the case they can't get the information anywhere else and Trump's legal team would argue that Mueller's team has millions of documents and enough information.