A woman named Julie Swetnick, who is represented by lawyer Michael Avenatti, submitted a statement to the Senate Judiciary Committee on Wednesday afternoon in which she makes a number of uncorroborated and unsubstantiated allegations of heinous criminality by Supreme Court nominee Brett Kavanaugh.

She goes on to claim: "On numerous occasions" she witnessed Kavanaugh engage in "overly aggressive [behavior] with girls and not taking 'No' for an answer. This conduct included the fondling and grabbing of girls without their consent."

And then comes the most serious of the claims against Kavanaugh: "I also witnessed efforts by Mark Judge, Brett Kavanaugh and others to cause girls to become inebriated and disoriented so they could be 'gang raped' in a side room or bedroom by a 'train' of numerous boys. I have a firm recollection of seeing boys lined up outside rooms at many of these parties waiting for their 'turn' with a girl inside the room. These boys included Mark Judge and Brett Kavanaugh.” [emphasis added]. Swetnick claims she was a victim of gang-rape at one such party where Kavanaugh was present, but she does not claim Kavanaugh assaulted her.

There are several reasons for skepticism about these wild accusations:

We do not know if others can confirm that Swetnick attended house parties with Brett Kavanaugh, who graduated from high school in 1983. According to the New York Times, Swetnick graduated "from Gaithersburg High School in 1980 before attending college at the University of Maryland." Did high school students from Georgetown Prep like Kavanaugh frequently attend parties with University of Maryland college students like Swetnick in the early 1980s? Swetnick does not name any of the houses at which these parties allegedly occurred.

The claims, which come less than a day before Christine Blasey Ford is set to testify before the Senate Judiciary Committee, have not been vetted by any journalists. "None of Ms. Swetnick’s claims could be independently corroborated by the New York Times, and her lawyer, Michael Avenatti, declined to make her available for an interview," the New York Times reports.

Kavanaugh has passed six background checks and there is no indication that this allegation against him—or any like it—has ever come up to the FBI. If what Swetnick alleges is true—that there were "many" parties at which "boys lined up" outside of rooms to commit "gang rape"—then there must exist many victims, many perpetrators, and many witnesses. Swetnick does not claim in her declaration that there are other witnesses who can attest to any role of Brett Kavanaugh in gang rape. She does say that she told at least two other people of the attack against her. 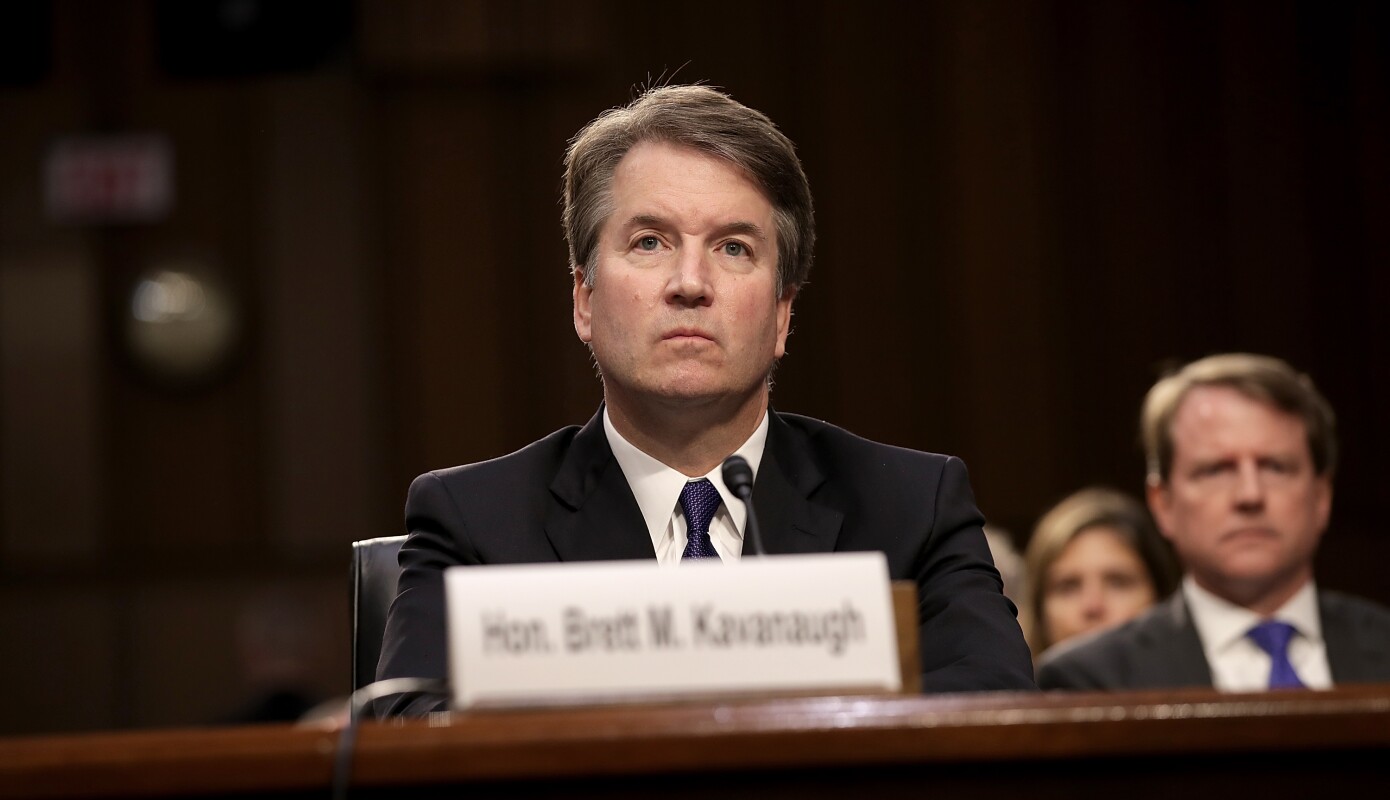 More than a week ago, a lawyer and friend of Debra Katz, who is representing Christine Blasey Ford, emailed dozens of women who attended a local D.C. high school at the same time as Kavanaugh, seeking information on misconduct by Kavanaugh "regardless of when it occurred." Wouldn't Katz have heard from many women about alleged gang rapes if Swetnick's accusations are true?