Despite an unrelenting daily attack from CNN, MSNBC, The Washington Post, the New York Times, and countless other news outlets and pundits, President Trump’s approval rating matches President Obama’s at the same point of their presidencies.

Trump’s job approval stands at 46 percent, according to a new poll released by Fox News.

Again this month Trump gets his best marks on handling the economy: 50 percent of voters approve, while 43 percent disapprove. On border security, it’s 46-49 percent, and on immigration, it’s 43-53 percent. On voters’ top concern, health care, the president is underwater by 23 points: 33-56 percent.

Overall, 46 percent of voters approve of the job Trump is doing and 52 percent disapprove. In January, it was 45-53 percent. Moreover, approval has barely budged all year, staying within the narrow range of 43 to 47 percent.

Trump’s approval matches Obama’s at the end of 2010, according to a Gallup poll from that time.

In a survey taken December 6-12 — after the midterms that swept Republicans back into Congressional majorities — Obama’s job approval was 45 percent.

At the same point in his presidency, Trump’s disapproval was 52 percent, according to the Fox poll. 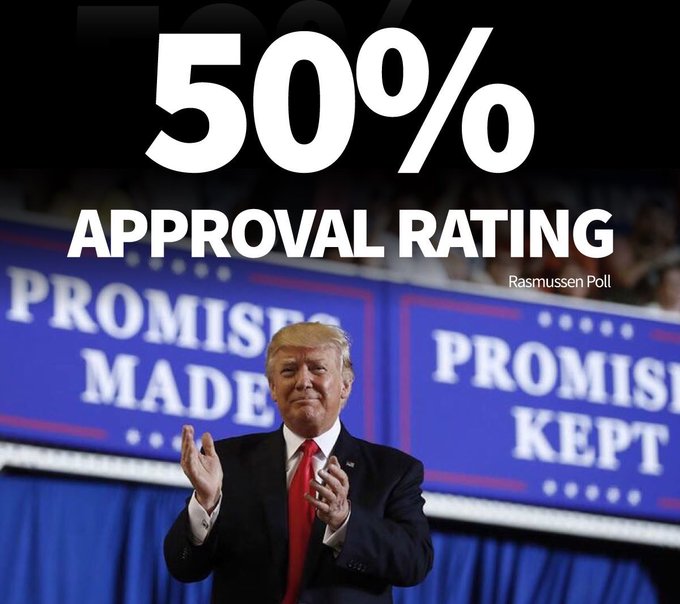