At least 1,500 private jets are expected to descend on Davos and nearby airports in Switzerland this week as the international financial and political elite gathers to talk about global climate challenges.

That would be up from the more than 1,300 aircraft movements seen at last year’s forum, despite climate change registering as the top risk factor identified for the global economy in a survey of World Economic Forum (WEF) movers and shakers last week.

Sir David Attenborough, a lead speaker this year, has already stated that climate is the issue of our time.

The veteran broadcaster, 92, used his acceptance speech to tell business leaders and governments to come up with “practical solutions”.

Speaking at the beginning of the forum on Monday, the Blue Planet and Dynasties narrator told the crowd he is “quite literally from another age” and warned of “man-made disaster of global scale” that lies ahead. 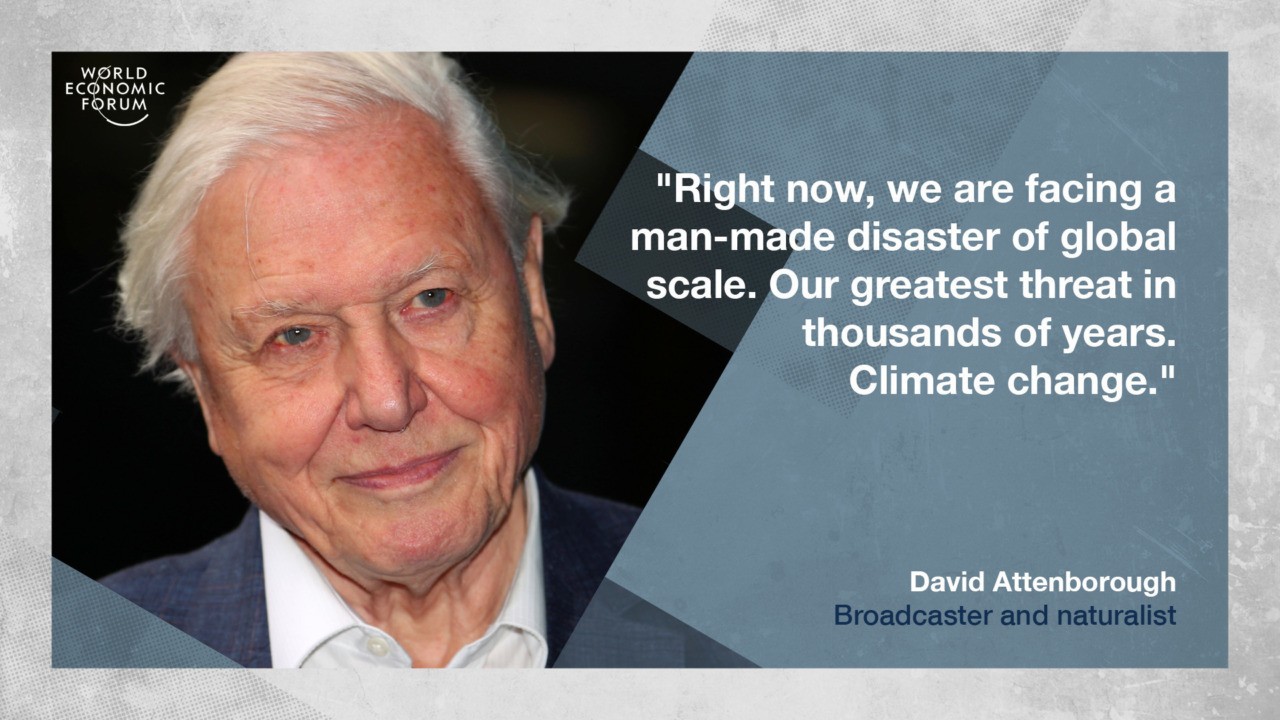 Industry group Air Charter Service calculated the private jet flights over the week, as delegates fly in to hear the likes of Mr. Attenborough speak at an event boasting a basic entry ticket price of U.S.$60,000 – per person.

Davos is a small town in the Swiss Alps, around 92 miles south-east of Zurich.

Andy Christie, Private Jets Director at ACS, told the Guardian how the numbers are determined:

Davos doesn’t have its own airfield and, whilst we have several clients who fly into the town by helicopter, the four main airfields that private jet users attending the forum use are Zürich, Dübendorf, St. Gallen-Altenrhein and St. Moritz.

Working with WingX, we looked at private jet activity at those airports over the six days of each WEF week since 2013 – from one day before the event to one day after. Last year was the busiest year for private jets so far, showing an 11% increase on 2017, with more than 1,300 aircraft movements. If we see a similar increase this year, we could be looking at almost 1,500 aircraft movements over the six days.

Countries with the most arrivals and departures over the past five years at Davos areGermany, France, the UK, U.S., Russia, and UAE, respectively.

Demand for private jets far outstrips other events that also loom large on the private aviation calendar, such as the Super Bowl or Champions’ League final, according to Mr. Christie.

“We have had bookings from as far as our operations in Hong Kong, India and the US ?- no other event has the same global appeal,” he said in a statement

And the trend is towards even more expensive, larger private jets such as the Gulfstream GV and Bombardier’s Global Express.

“This is at least in part due to some of the long distances travelled, but also possibly due to business rivals not wanting to be seen to be outdone by one another,” Mr. Christie said.

Around 3,000 participants are expected for the 2019 edition of the WEF. They represent the worlds of business, government, international aid, academia, arts and culture, and the media, although U.S. President Donald Trump will not be among them.

Trump administration officials will not attend the Davos World Economic Forum this month in light of the partial government shutdown.

Among the list of topics to be covered this week is the WEF’s Global Risk Report for 2019 which reveals environmental crises, such as failures to tackle climate change, “are among the likeliest and highest-impact risk that the world faces over the next decade.”

How much does it cost to participate?

The WEF website reveals annual membership (required if you want to buy a ticket to Davos) is upwards of U.S.$60,000, depending on the institution or company’s “level of engagement”.

At the top are the 100 “strategic partner” companies – including Accenture, Barclays, Deloitte, KPMG and Unilever – who pay around U.S.$600,000 for annual membership, which entitles them to buy an access-all-sessions pass for themselves and five colleagues, including special privileges. But they still have to purchase actual tickets to the event.