CLAY: This is all growing out of the panic from the Delta variant, and that panic is expressed by Jim Cramer on CNBC. Here’s what he said.

CRAMER: Starbucks, which is getting crushed, on a good quarter by the way. Kevin Johnson has been talking about the Great Reopening and human connection. Well, what happens if it’s the Great Reclose? I mean, in order to be able to get to herd immunity in this country, we’re going to have to have 100 million people get Covid. With the way that this Delta variant goes, 100 million could be very quickly. I wouldn’t be surprised if we got a hundred million people sick in nine weeks.

BUCK: I mean, is it possible to say something that’s too stupid so that people get embarrassed, Clay?

CLAY: I will say this. I give him credit, at least, for talking about the fact that people do get covid. (chuckles) Because it’s like natural immunity doesn’t exist in any conversation, that you hear in the media. It’s all about the vaccine rate. Who is getting vaccinated, who is not, and nobody talks about the reality, which is about 100 million people — a reasonable estimate that’s probably too low.

That includes Buck Sexton (yourself) and me. We both have had covid, and there are tons of our listeners out there who have had covid. There are even more people who have had covid, that don’t even know that they had covid, probably! You have never gone and gotten antibody tests, you probably never went and got a test, because so many people are asymptomatic. Over 100 million people already have covid, and I would point to this.

Again, focusing on data. India was rampant with the Delta variant, which was basically where this came from, and according to antibody tests in India — which, by the way, somehow, they’re able to do in India and we can’t manage to get a reliable antibody study nationwide done in the United States. I don’t know why that hasn’t occurred, because I think all the focus is on the vaccines and how much money the vaccine companies are going to make.

BUCK: If you looked at the data in New York City, in June of 2020, based on a serology testing they’d done at that point, they had 20% of the population with antibodies.

BUCK: So that was one-fifth of New York City, a year and a month ago. And now you’re going to tell me, if you extrapolate that out, if you look at what that would mean, it’s clear to me. You mentioned the 100 million figure. That’s a basement level. That’s a bottom line.

BUCK: It’s probably higher than that.

TIM RYAN: Somebody in this chamber is coming from a hot spot! Somebody (snickering) represents the hot spots, and they get on a plane and they fly here and they interact with all of us. And then we leave here and we go home to our families! Some, take care of their sick parents, some take care of kids who may have an autoimmune disorder. And I just find it absolutely immature and appalling to somehow diminish it to try to score cheap political points, and that’s exactly what we saw a few minutes ago. That is beneath a minority leader of one of the major political parties in the United States of America.

CLAY: Welcome back to the Clay Travis & Buck Sexton Show. There you have Democrat Tim Ryan sounding like a total jackass, which is really his skill set. He’s quite good at it.

CLAY: I just want to break this down for a second, because we’re going to have Minority Leader McCarthy with us in just a few minutes here talking about this and everything else going on. There are a lot of things are happening in the country right now that aren’t masks. But you’ll notice, the Democratic fixation is on this right now. Because they still feel morally superior in their long embrace of Fauci-ism.

They think that they’re good the guys in this battle against covid. But let’s just take what Tim Ryan said over there, the congressman from Ohio. Let’s take what he said for a moment and just unpack it. That if you don’t want to wear a mask when you’re in Congress, you’re a bad person. You’re a hot spot person. You’re a risk. All of these members of Congress who are Democrats — I assure you — are sitting in restaurants, going to bars, doing things where they’re around unmasked people all the time.

BUCK: Right. But the point is, they’re already being around unmasked people constantly, all the time! But in this one place, at this one time, at Capitol Hill, they think that they’re going to be making people safer by forcing people to mask up on pain of being arrested? Minority Leader McCarthy understands what’s really going on here when he says this is about people wanting to control other people. It’s just about control.

Maybe you feel like you were justified in speeding, and you want to challenge whether or not you should have gotten a ticket, right? Let’s presume that somebody is crazy and gives a ticket in that situation. You have the right to do it. Do you have the right, if you get fined $500? And I’m excited to have soon-to-be-speaker McCarthy on in the next hour. I’m excited to ask him this question.

Can you challenge it? Is there a forum where you’re fined $500 for something that is illegitimate in terms of wearing a mask? In most of American society, there is not a situation where a government official can just charge you a fine and you have no due process, to challenge that fine.

BUCK: I’m sure you can take it in a district court. The district court probably would say that Congress has the right to do that.

CLAY: Do they though?

BUCK: Minority Leader McCarthy just said they have the power to do it.

CLAY: They can put the rule in place, but is the rule able to be enforced if it’s actually challenged through due process — and I’ve used a crazy example. If Speaker Pelosi said, “Hey, from now on, every time a Republican speaker speaks in the House, he has to wear a ridiculous Cat in the Hat top hat or I’m going to fine him.” She’s the speaker. She may have the authority to mandate that rule, but if that rule as challenged, what…? Where’s is the next step, in other words? 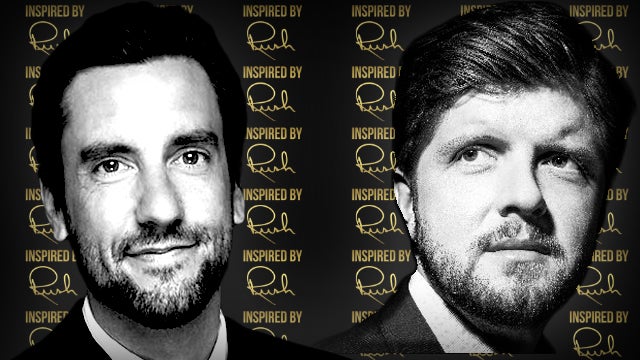 BUCK: Court. It has to go to court. It would have to go district court. There’s no special Congress court.

BUCK: They don’t have some other court.

CLAY: That’s what I’m saying: If I were a congressperson or a staff member, I would get challenged, and I would take that into a court and have a hearing on whether there’s any legitimacy whatsoever for the new rule to be applied.

BUCK: The problem, Clay, is that unfortunately a lot of the courts have so far been cowardly, even at the expense of the Constitution, in defending rights against the lockdowns. We saw this most notably with a lot of deference given to states that shut down churches and places of worship while they kept other things open.

BUCK: They had very specific and clearly punitive rules in place for places of worship, as “nonessential.” Your church is nonessential, but going into Costco to be able to buy a La-Z-Boy chair to play your PS4 in? That was essential the whole time. So I’d be curious to see, we will ask the minority leader about it in just a few minutes. I’m also curious to see what the teachers unions are going to be up to. They’re already saying kids have got to mask up. Here’s Randi Weingarten of the AFT, American Federation of Teachers.

WEINGARTEN: We want schools to be open and have a safe and welcoming climate in the fall. Delta threw us a real curveball and, y’know, the lack of the — the (sputtering) herd immunity and enough people being vaccinated and, y’know, kids not being able to get vaccines 12 and under. While vaccination is the number one gold standard that we need to, y’know, bring back our masks for schools. We’re gonna keep kids safe is, we’re gonna keep our members safe, and is we’re gonna try to open up schools, and we’re gonna try to move through this political battlefield.

BUCK: It’s a political battlefield because they’ve made it one, because the teachers union have sided with adults and the Democratic Party instead of students at every stage of this pandemic, including the unforgivable decision. And it was really just taking children hostage, so they could make demands for teachers working from home.

If the person working at your grocery store or the drugstore in your neighborhood could show up throughout the pandemic, teachers could show up, at least in the fall of 2020. But they didn’t. And, Clay, I don’t think they’re done trying to extract concessions, and use this, “Oh, it’s about our safety” thing. What are we even talking about, when it comes to teachers and their safety? They’re vaccinated. Children don’t spread it easily to themand they should be fine.

CLAY: It’s not only that, Buck. They got bonuses! They didn’t work for a year! They sat in front of Zoom classes from whatever they wanted to be. They destroyed the education system. In particular, studies out now, showing — not a surprise — that the kids who failed the most during lockdowns were minority kids. You got the Democratic Party that claims to care not about “equality” anymore, but “equity.”

I can’t think of anything less equitable than insisting that poor kids not be able to go to school in person, falling behind over a year — and, Buck, we’re talking about 18 months later in many places. By September of 2021 these — I think, frankly, indefensible — teacher’s unions that are destroying the fabric of our country in so many ways will not even allow the kids, to be in school in the fall of 2021! It’s madness, pure unaltered madness! I know a lot of parents agree with me.

BUCK: No accountability for this whatsoever.